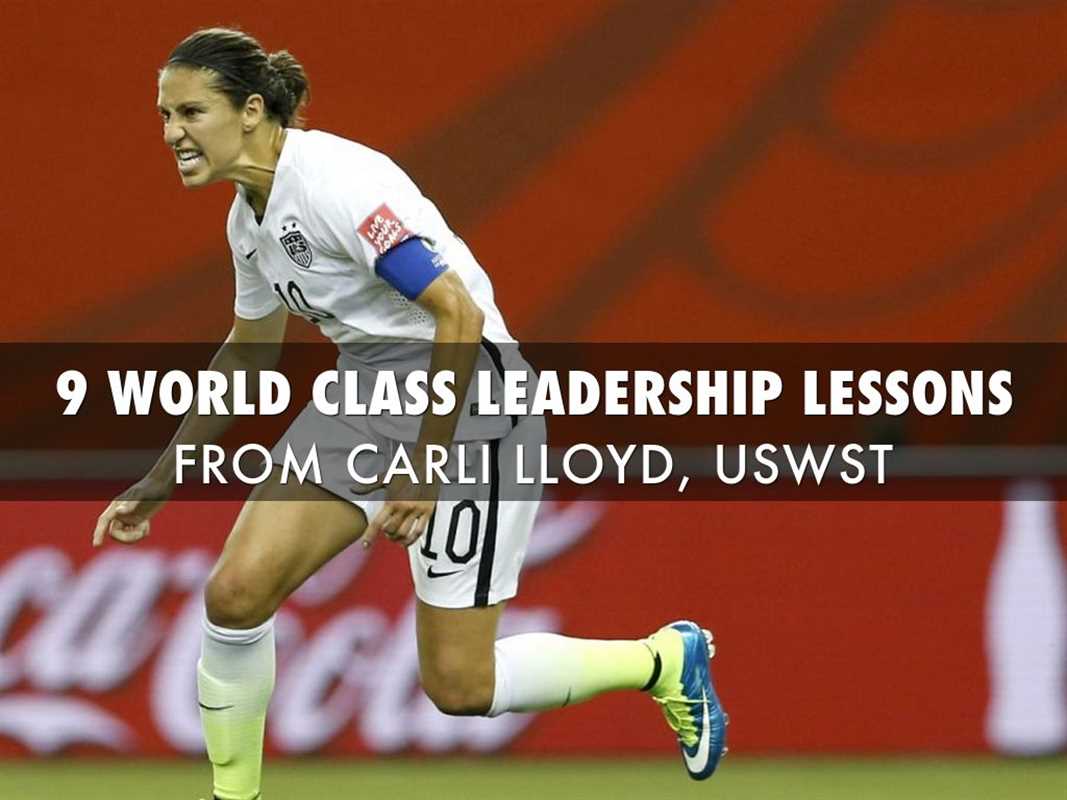 Even those who aren’t fans of the USA Women’s soccer team had to tip their cap to Carli Lloyd’s performance in leading her team to the 2015 Women’s World Cup championship.

Lloyd, the USA captain, had netted three goals just sixteen minutes into the match. She is the first American ever to score in four straight World Cup matches, the second American to win Golden Ball honors as the tournament’s top player and she scored the fastest three goals ever in any World Cup final. 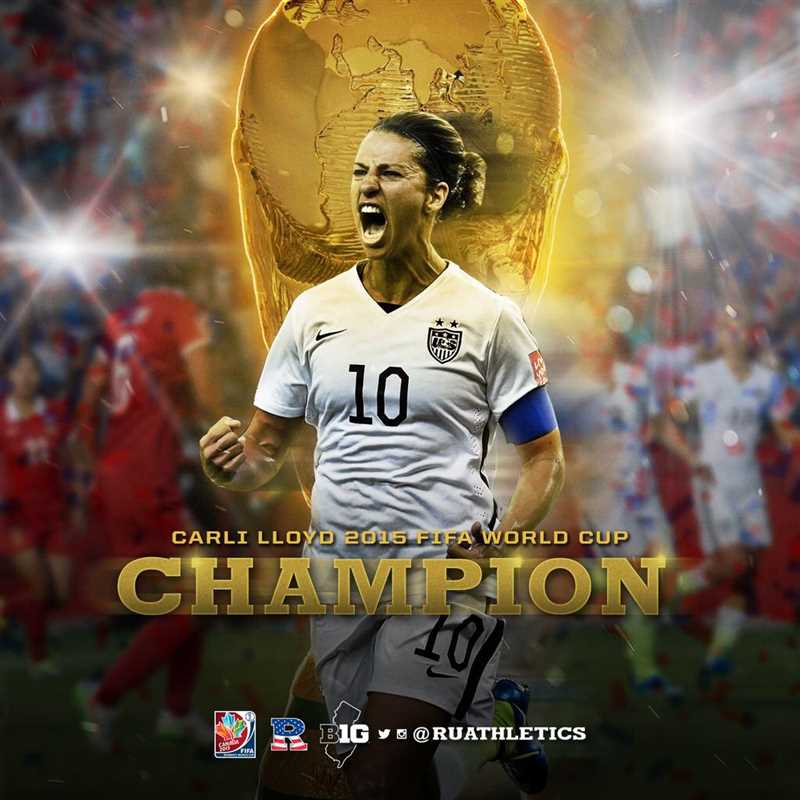 Lloyd now has a World Cup gold medal to add to her two Olympic gold medals. She is America’s new sweetheart.

Life hasn’t always been so golden for Carli Lloyd and if it wasn’t for the lessons she learned, she may have been home watching the final from her couch.

1. World Class leaders are no strangers to disappointment. In 2003 her coach informed her he was cutting her from the under-21 team. This is where Lloyd was supposed to react and prove her coach wrong. She says, “It was the first time a coach gave me some tough love, and I needed it. But it wasn’t what I wanted to hear. I left the meeting crying and just really upset and just figured I just can’t do it anymore.” She decided to play out her college career and then quit.

2. World Class leaders have someone who have faith in them even when they lose faith. Everybody needs somebody to believe in them. For Carli, it was her dad and then a coach. When she quit, her dad asked James Galanis, a U-20 coach if he would give her a chance. He agreed to train her. “It was the first time in my career that I felt that someone believed in me to the point where they could actually get me there,” Lloyd says. 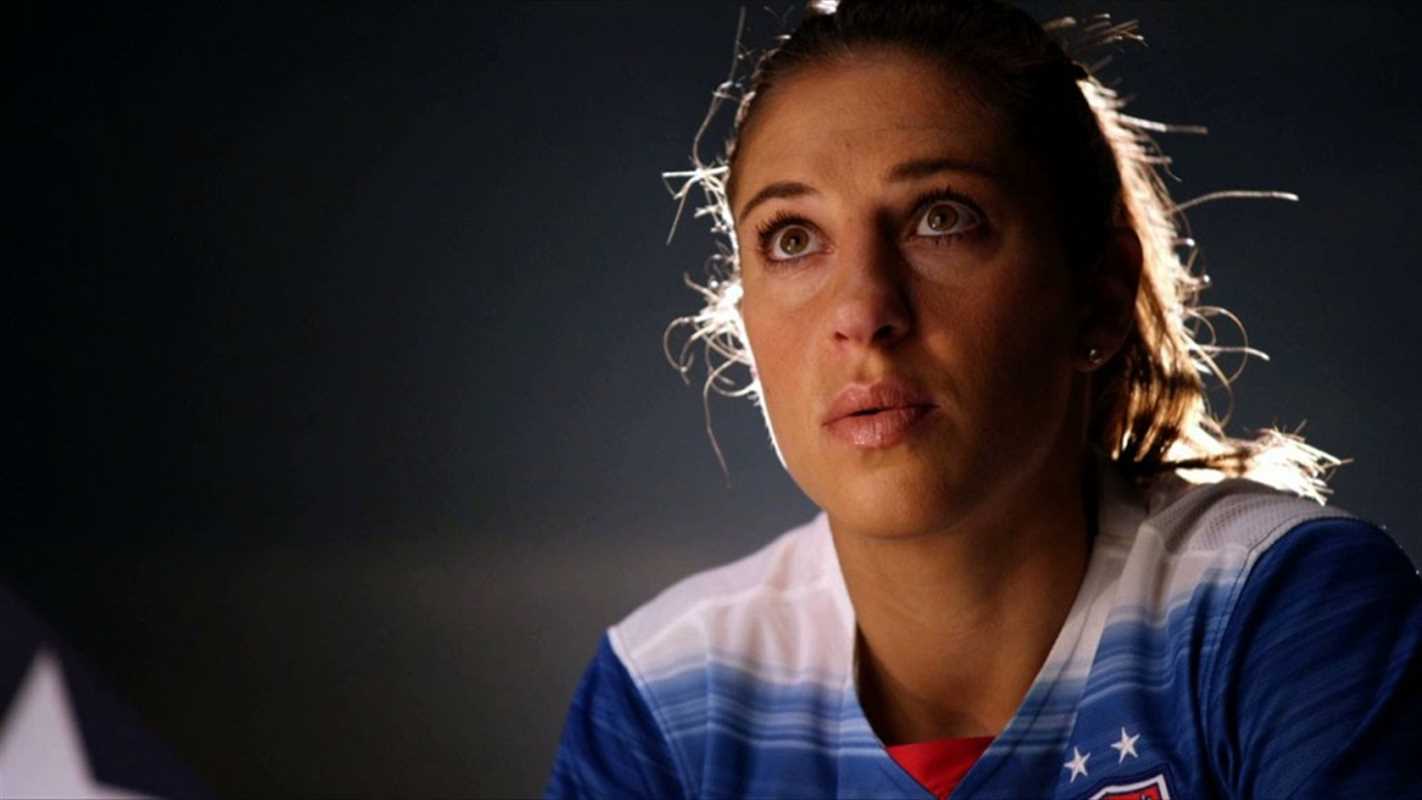 3. World Class leaders develop a champion’s mindset. Galanis says, “I discovered a player who was full of excuses as to why she couldn’t make it to the next level. She worried about things that she had absolutely no control over, and she had poor training and living habits. The first thing she needed to change was her mind. Soccer would have to become the only thing in her life.”

4. World Class leaders are team first. Galanis worked on Lloyd’s technique, subjected her to a rigorous training program to increase her fitness and he worked on her mind to focus on improving her game and thinking more about helping the team.

5. World Class leaders are “No Chill.” Lloyd has a reputation of being driven, in a way that should be annoying. Lloyd is an athlete that screams intensity. Her list of success producing qualities? Hard work. End of list. She has an uncanny ability to earn black eyes during games. There is a fan-designed t-shirt with Lloyd’s face, black eye included, that simply says “No Chill.” 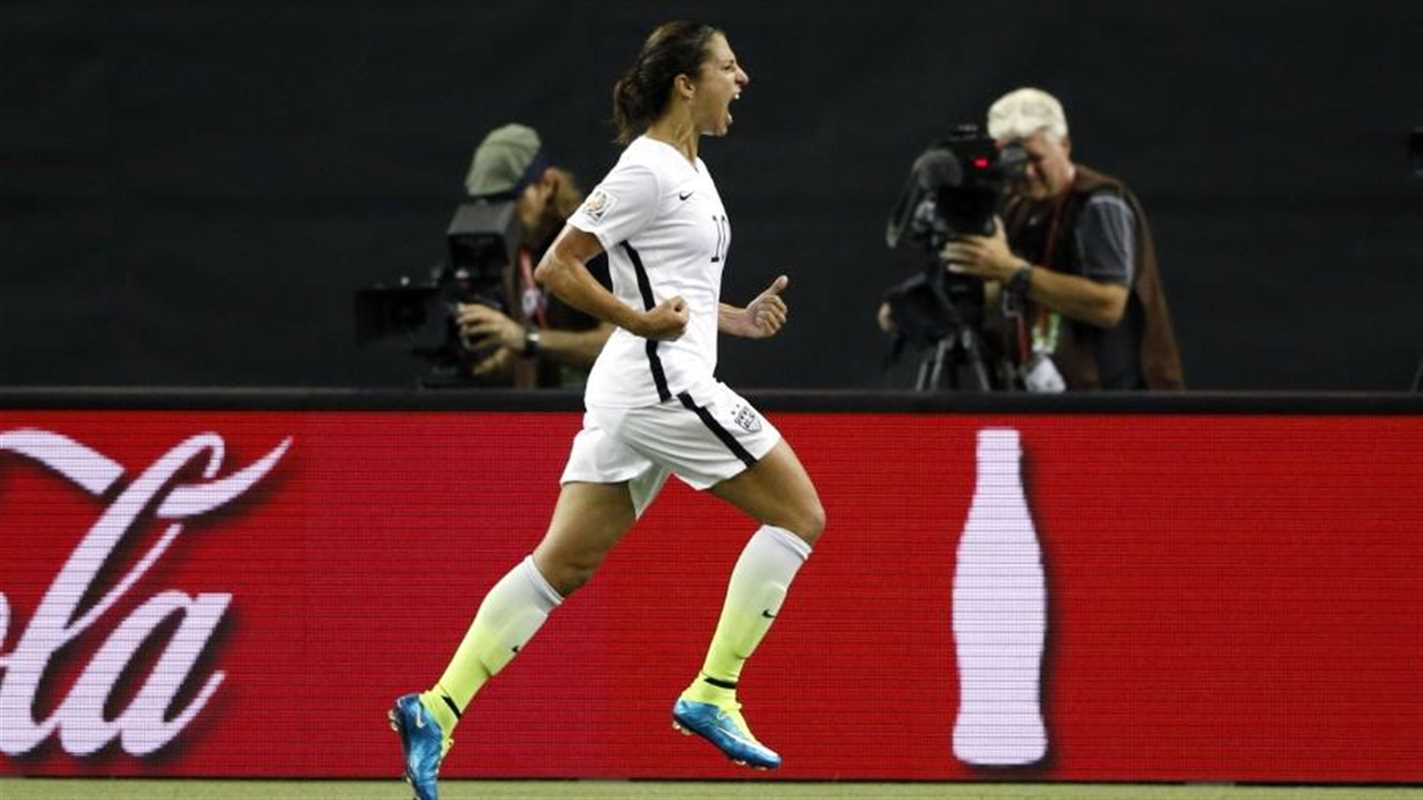 6. World Class leaders risk failure to win the big games. In 2011 Lloyd stepped up to take the 2nd penalty kick in the World Cup final. Penalty kicks are for glory or gutting. Her teammate had missed the first kick. Lloyd’s piledriver of a kick was needed to pull even. Her shot sailed over the crossbar, not even remotely on target. Japan won and she was gutted. This year, it was Lloyd who was asked to take an important penalty kick against Germany in the semi-finals. She did not miss.

7. World Class leaders love the pressure and an opportunity to make history. Lloyd captained a team that had not won a World Cup in 16 years. Before the tournament she said, “It’s definitely pressure, and obviously we know what’s riding on this tournament. But I think it’s good pressure. I think it’s exciting. I think that we can really make history by going here and winning it.” 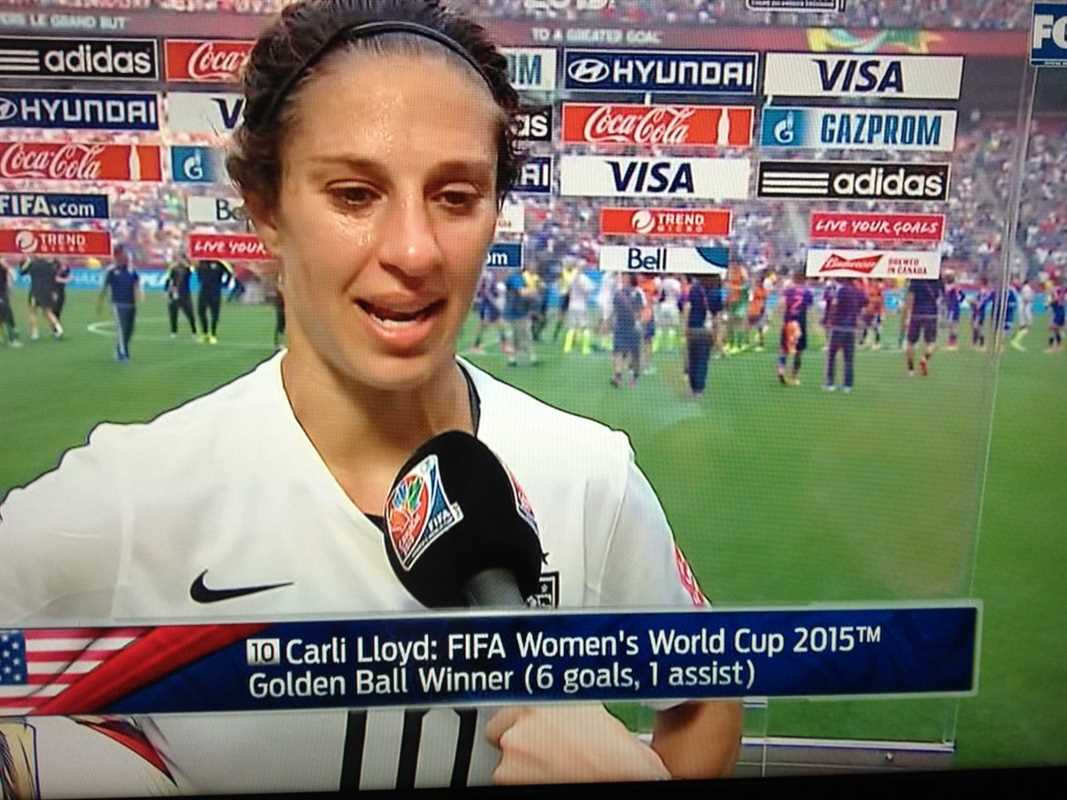 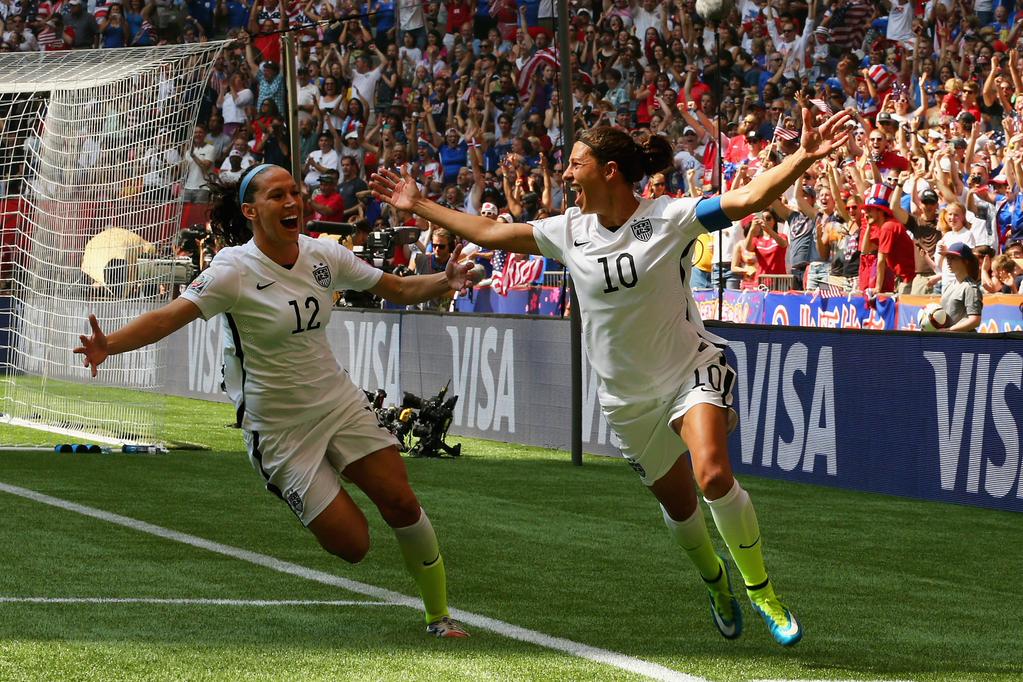 9. World Class leaders share the glory. A sweet signature moment came late in the match. America’s soccer hero, 36 year old Abby Wambach subbed in, perhaps playing her final match. Lloyd took off her captain’s armband and placed it on the U.S. legend. It was an inspiring moment of respect and gratitude.