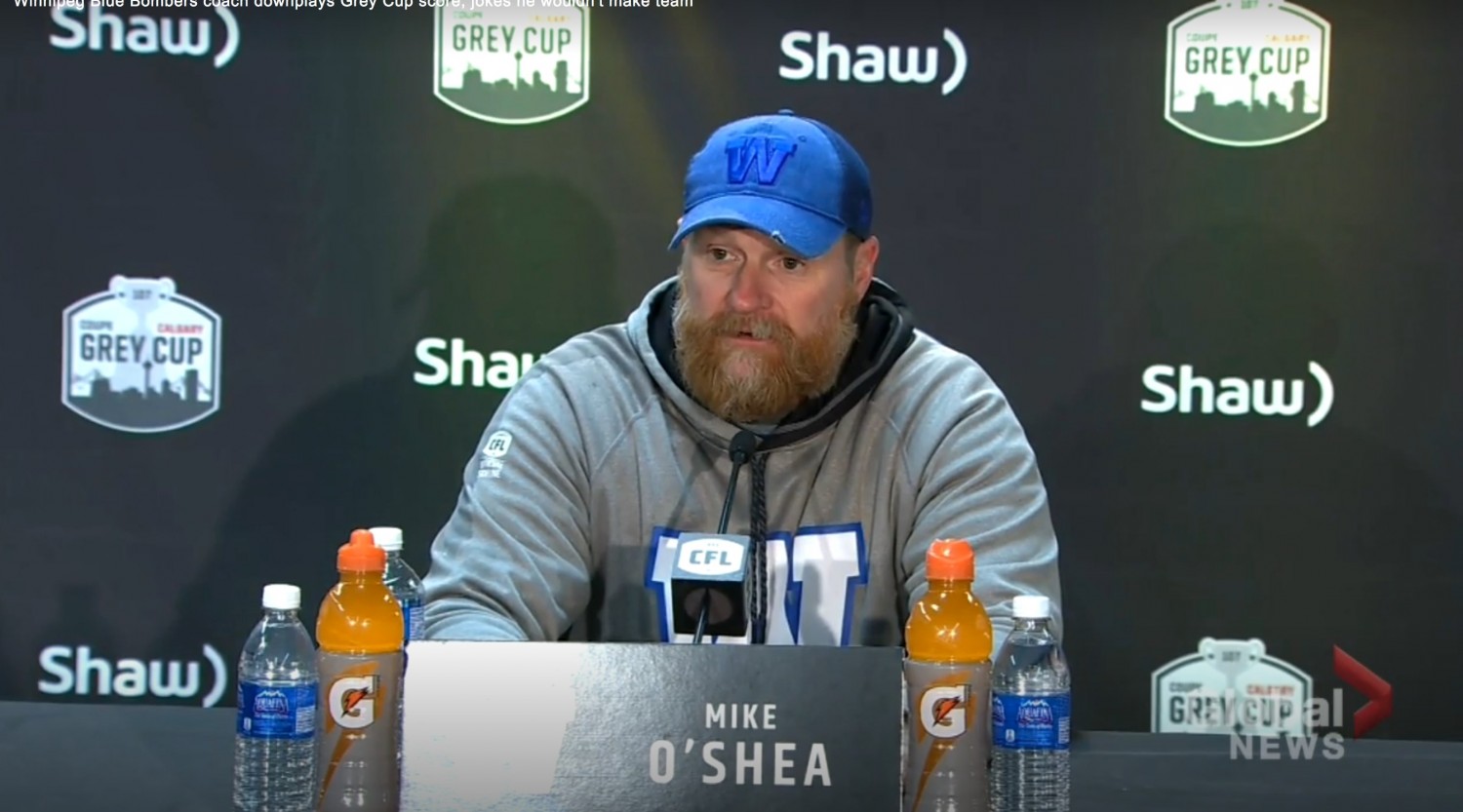 Mike O’Shea was a winner long before the gun sounded to conclude the 107th Grey Cup in which his Winnipeg Blue Bombers ended the longest active Grey Cup drought. This is Grey Cup win number four, and O’Shea’s first as a head coach.

Mike’s Cinderella Bombers finished third in the West, took a difficult route to the Grey Cup and then defeated the CFL’s best team in 2019.

There’s a lot of people smarts in O’Shea. He’s the kind of leader who makes people better.

O’Shea began his 16-year career in 1993 as a linebacker in the Canadian Football League with the Hamilton Tiger-Cats, the team the Bombers defeated. His former Argo teammate Orlondo Steinauer coached the Ti-Cats in defeat. The two met in a post-game hug at mid-field as best of sports and best of friends. 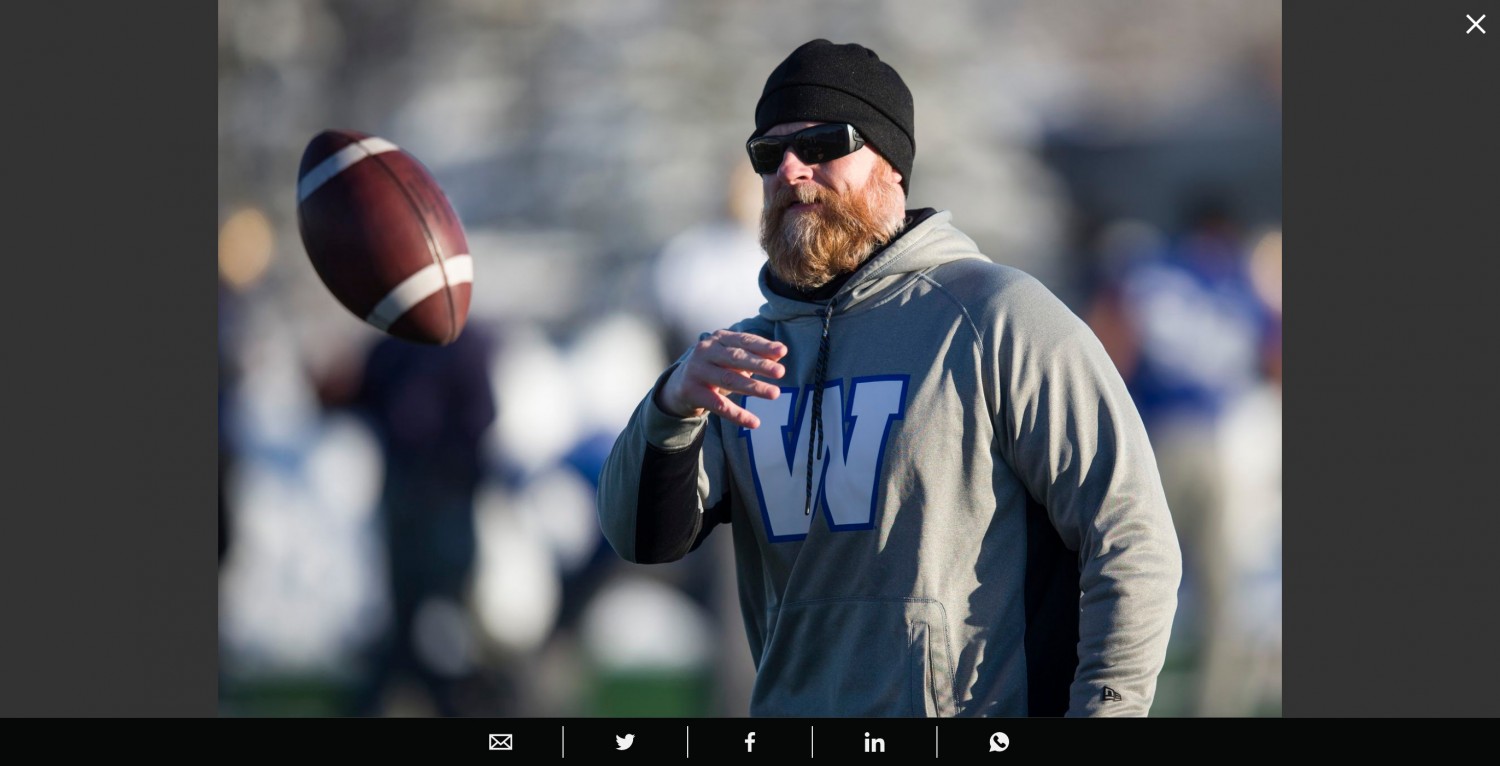 In the post-fame press conference, O’Shea was his typical self. He gave credit to his players, respected his opponents in defeat, and praised Bomber fans and the city of Winnipeg for being devoted to the team. “He cares deeply about football in Winnipeg. He knows how important it is. He’s a good family man and loves living in Winnipeg.”

O’Shea’s created a culture of winning during his tenure in Winnipeg. In his first two seasons the team was 7-11 and 5-13 but they turned a corner in the third season going 11-7 and qualifying for the playoffs for the first time in four years.

3. Not all nice guys finish last.

Winnipeg sports reporters all agree that O’Shea is a good coach and a better man. “Players will say he’s one of their greatest coaches. The players respect Mike enormously. The one thing that I notice is that if you talk to players they’ll say he’s the greatest guy you’ll ever meet.”

He doesn’t like to revisit his playing days. He prefers team concepts over individuality.

5. Winners know adversity can serve you well when you want to learn.

“Being 11-7 and having to go on the road, I thought that was perfect, because everything we had learned to that point was going to serve us,” said O’Shea. “Our guys are phenomenal learners.”

Regret is powerful and can eat you alive. Playing well, when it matters most, protects you from regret. “I’m excited for the players because they played so well in a game that mattered most. They’re not going to have any regrets when they look back over the plays.”

O’Shea played for the Tiger-Cats for three seasons (1993-1995) before joining the Toronto Argonauts where he played from 1996 to 1999. He spent the 2000 season with Hamilton before returning to Toronto to play the final eight seasons of his CFL tenure – a total of 271 career regular season games. Through 2016, his 271 games are more than any other linebacker in CFL history.

During his 16 CFL seasons, O’Shea saw action in 16 playoff games as well as making three appearances in the Grey Cup where played in and won all three times (1996, 1997 and 2004). O’Shea started off with a CFL Award in his very first season earning CFL Most Outstanding Rookie honours for Hamilton in 1993, and went on to earn recognition as a five-time Division All-Star. He was elected to the Canadian Football Hall of Fame of 2017.

APPLICATION: Using O’Shea’s lessons amy not win you a Grey Cup but they will help you live without regret and develop qualities for which your future self will thank you. Which lesson stood out most to you? Please leave your comment below.