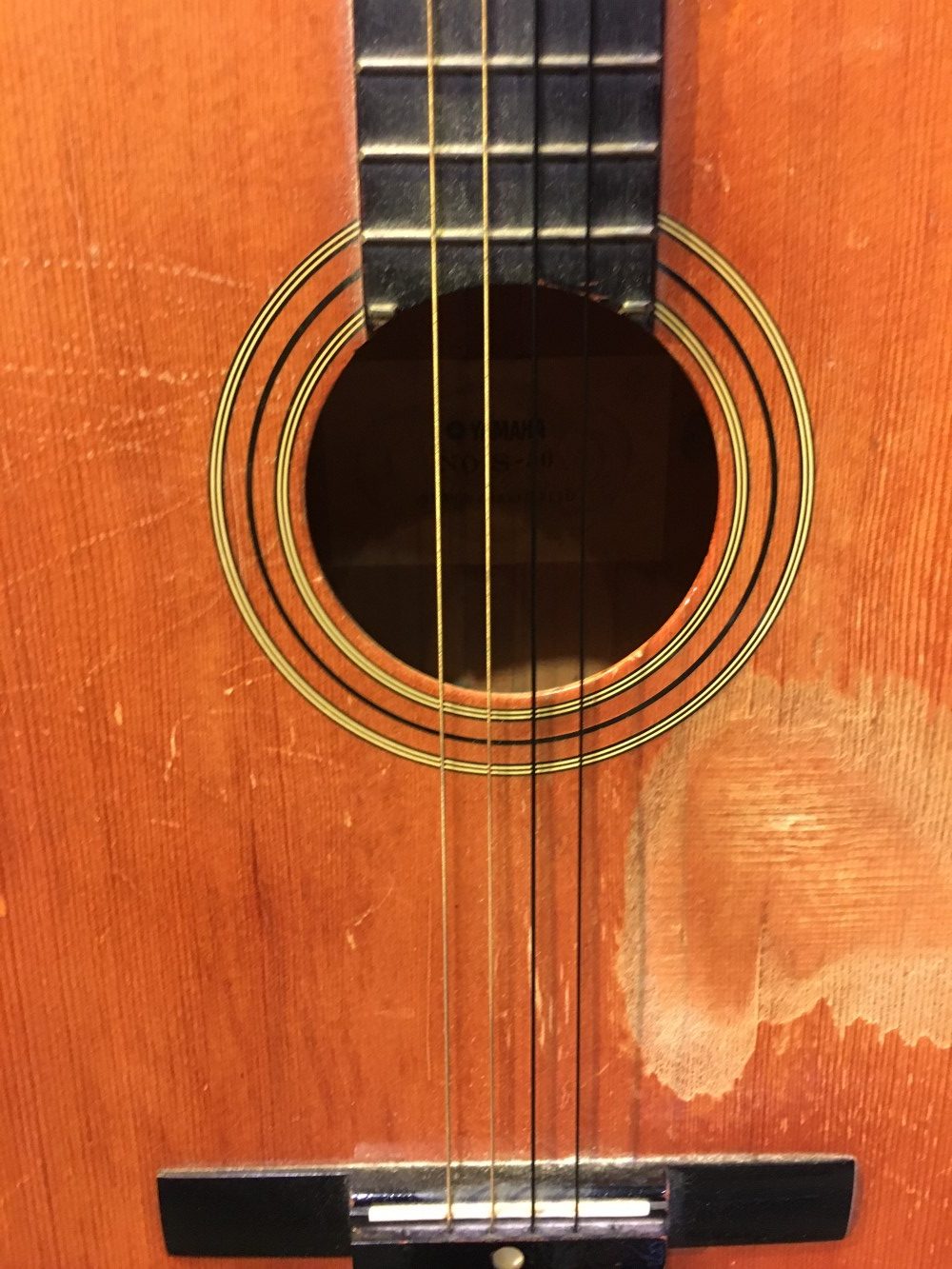 4 Guitar Strings and A Song

It was battered and scarred but the scavenger thought it worthy of his while, to invest his time in the old guitar. So he picked it up with a smile.

There were only four strings
The bellows was cracked, and two keys were gone,

But the neck was solid and so was the body
Just waiting for a song.

Wiping the dust from the old Yamaha,
And tightening up the strings,

He played a melody, pure and sweet,
As sweet as an angel sings. 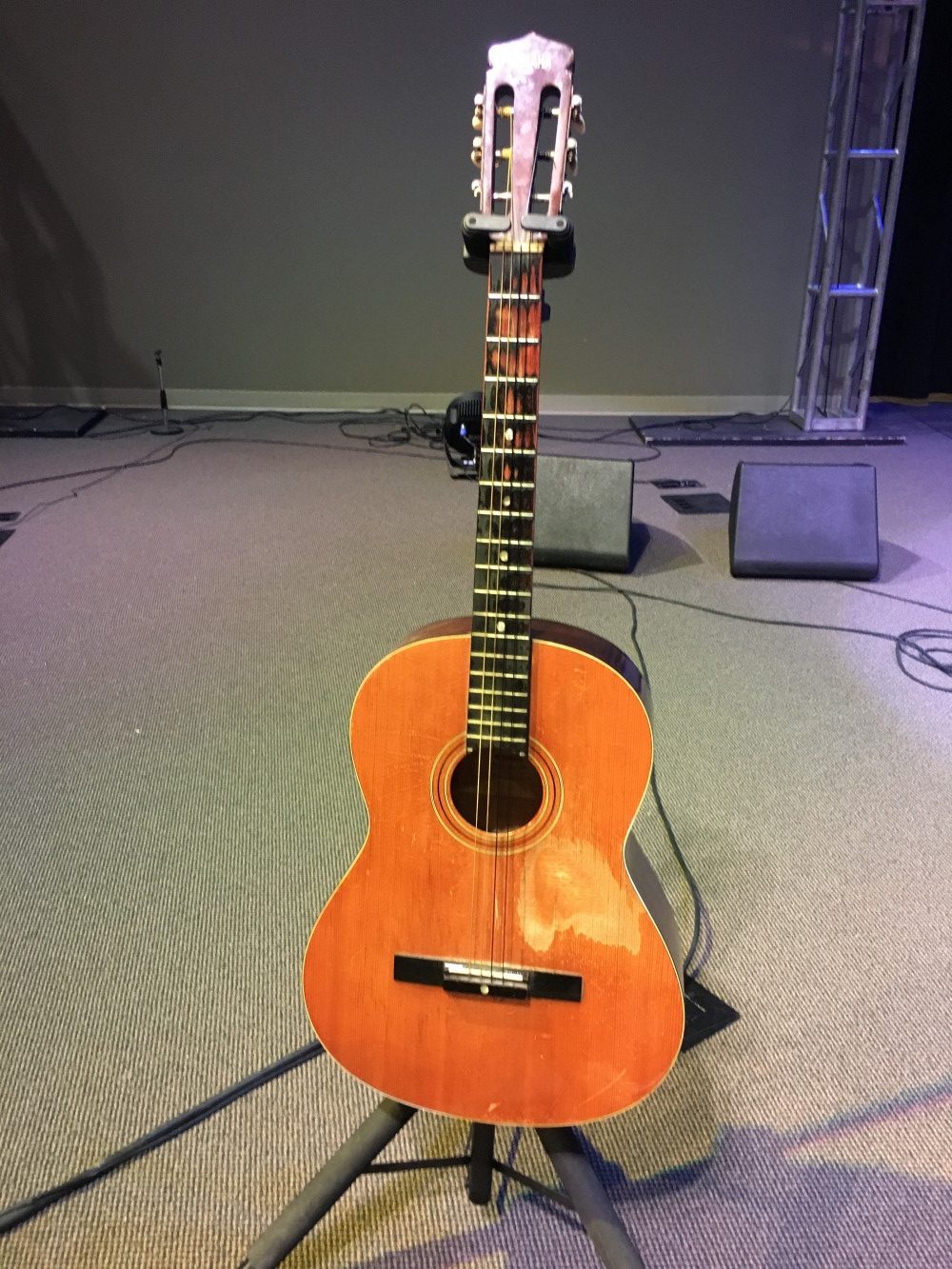 Lola McNeil once entertained Edmonton Klondike Days crowds with her enchanting voice as the “lady named Lou.” Now, at her memorial, her middle son John was amazing his family and guests with a heretofore unknown penchant for performance passed down from his mom.

Lola’s real talent was the ability to feed and lead five children on a single mom’s income. Lola’s husband died in the early 60’s. And six decades later her children were laying her to rest with accolades about her character.

John carried a marred and scarred old guitar into the auditorium where his mother’s life would be honored. Cradling the old instrument in a stand, he offered that he might later sing in the memorial service. Sing? John?

For twenty-eight years I knew that John could carry a set of golf clubs but not a tune.

4 Strings And A Song

“I found it in a dumpster outside Pembina Hall on the University of Alberta campus.” For the past thirty plus years he accompanied himself on a musical path to peace by strumming and singing tunes, just as his mother had.

The French horn and saxophone were his first musical instruments of choice. The guitar afforded a different dimension. Now he could make music and use his voice to sing and worship.

Sitting on the top stair of the auditorium platform at North Pointe, John plucked the strings and sang a heartfelt tribute to his songstress mother. Thirty years of private devotion was on display in a flawless performance that would have left the lady named Lou with a smile of approval on her beautiful face.

Who influences your life to try something new? What is your secret hobby? Please leave a comment at the bottom of this post.