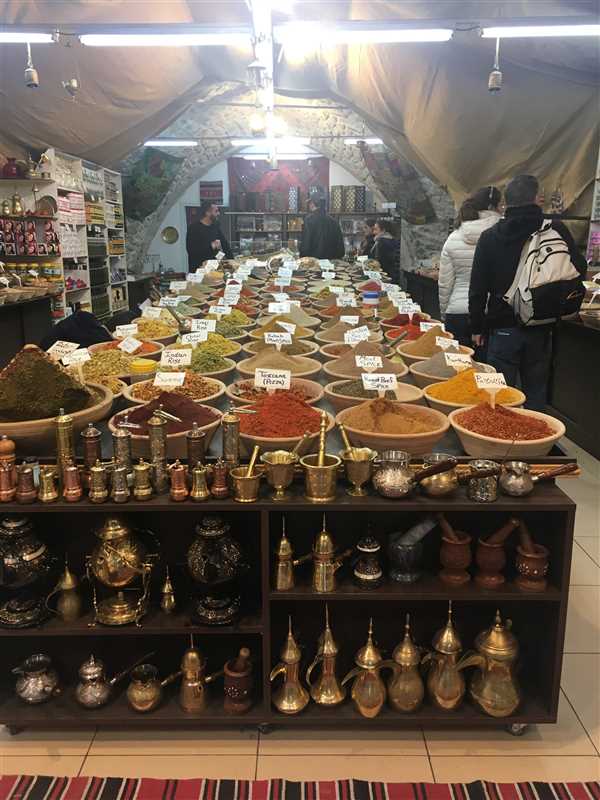 1. The Valley of Megiddo. Here all the armies of the world will gather for the Battle of Armageddon. Most every major site in Israel’s history – David’s defeat of Goliath to ongoing warfare with the Philistines to Jesus’ birth in Nazareth – can be seen from this vantage point on Mount Carmel. 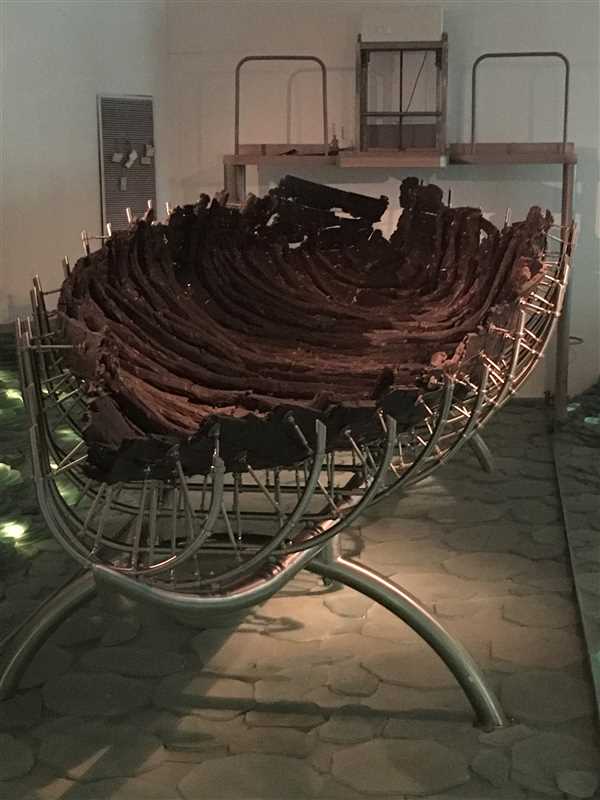 2. The Jesus Boat. Discovered in 1986 on the northwest shore of the Sea of Galilee, this fishing boat dates back to 40BC. It was estimated to have had a century of use. Boats like this were used by fisherman in Jesus’ time. Brothers, Moshe and Yuval Lufan, themselves fisherman, discovered the boat when drought caused the Sea of Galilee to recede.

The boat was carefully extracted from the mud and then submerged in a chemical bath for ten years before it could be displayed for the public.

3. The Spice Shops. A feast for the senses. The shops are packed with overflowing bowls of brightly colored spices just begging to be touched and fragrant aromas hanging in the air.

4. A panoramic view from the rooftops of Jerusalem. In the distance you can see the Mount of Olives, the Temple Mount with the Dome of the Rock and to the right the hills of Jordan. 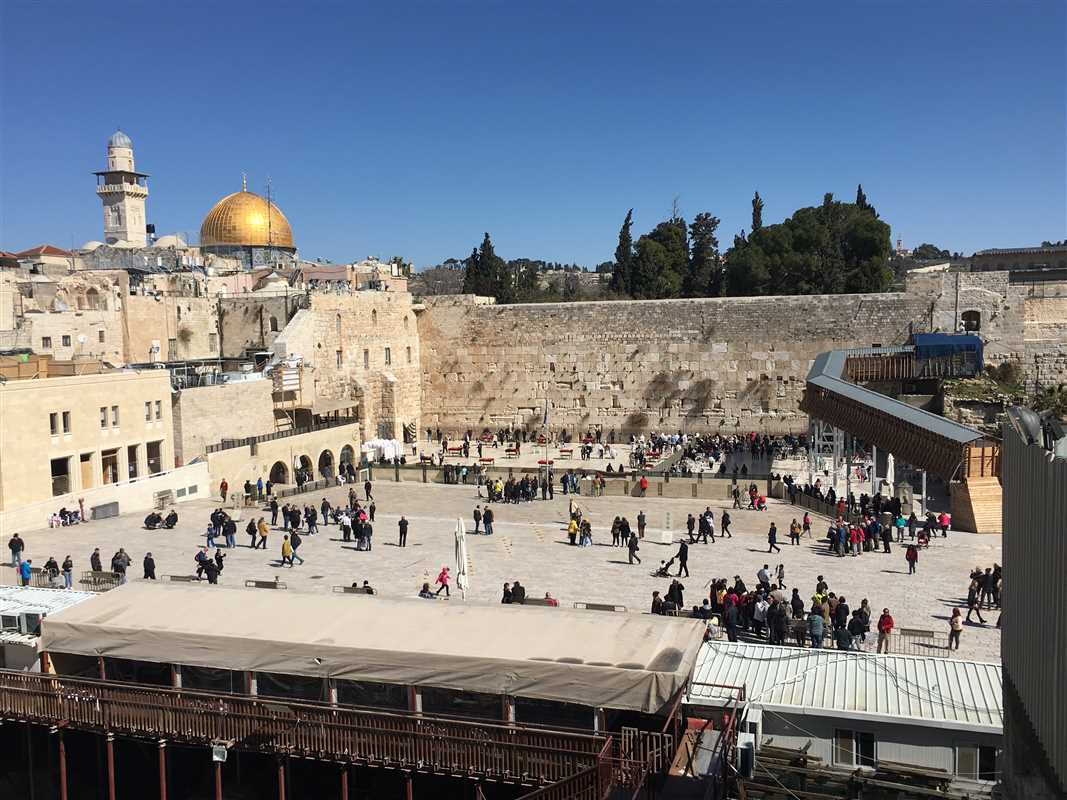 5. The Western Wall. Our last view of what’s known as the “Wailing Wall.” There is a partition diving the women’s side from the men’s side. The covered walkway to the right leads to an access point for the Dome of the Rock. Only Muslims able to recite the first chapter of the Koran are allowed to go past that point. 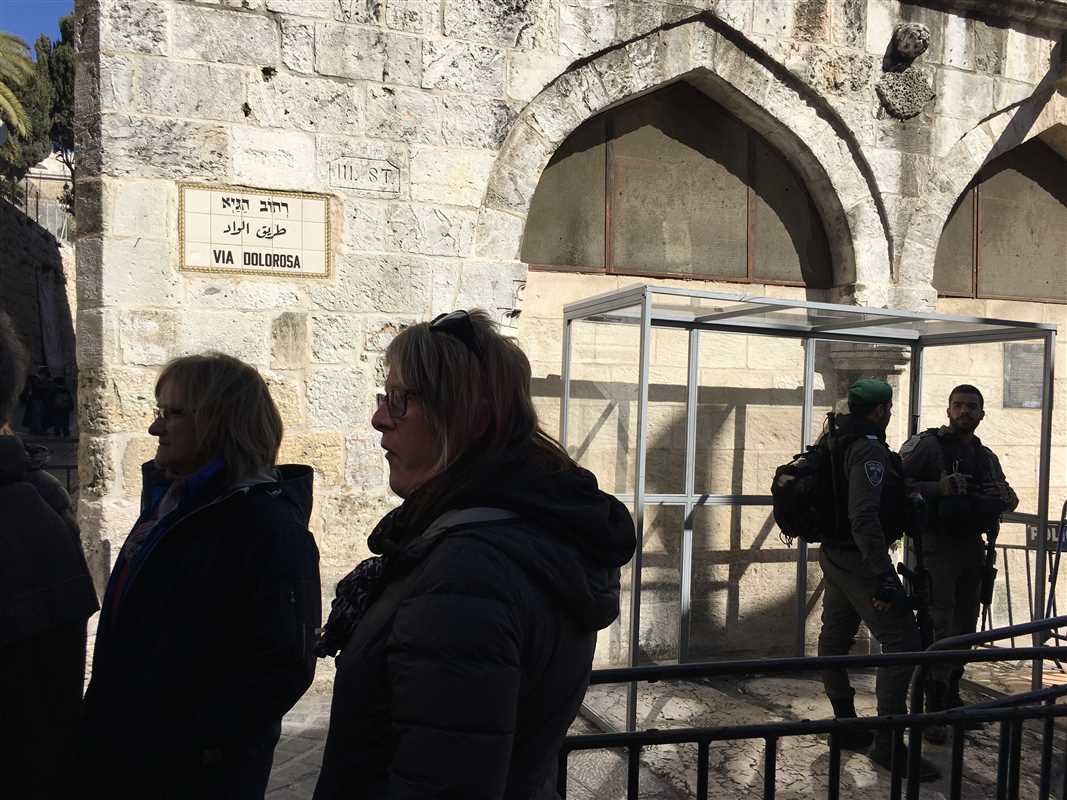 6. Military presence of peace. Even on the Via Dolorosa there were armed military personnel ensuring the safety of all. There was never a moment when any of us felt the least bit unsafe. 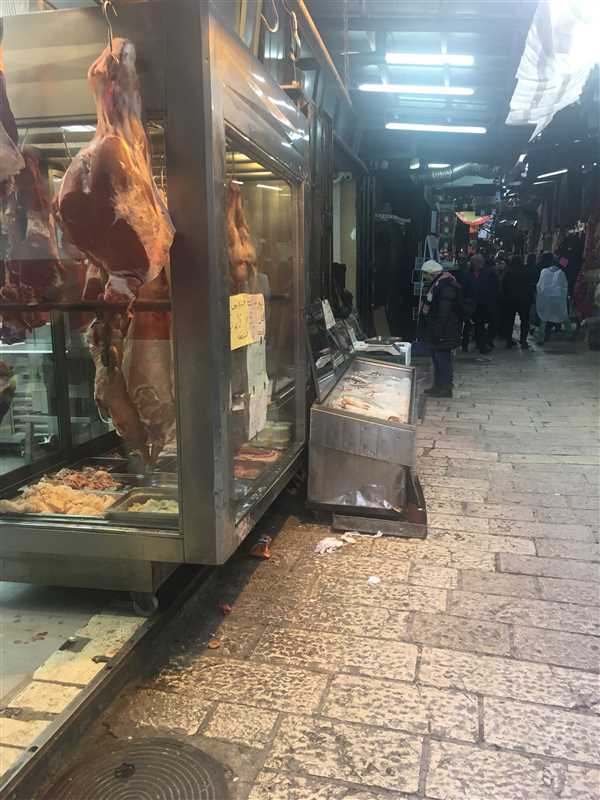 7. Fresh fish and meat. The Jerusalem market is an incredible experience whose sights, sounds and smells leave an indelible impression on all of your senses. 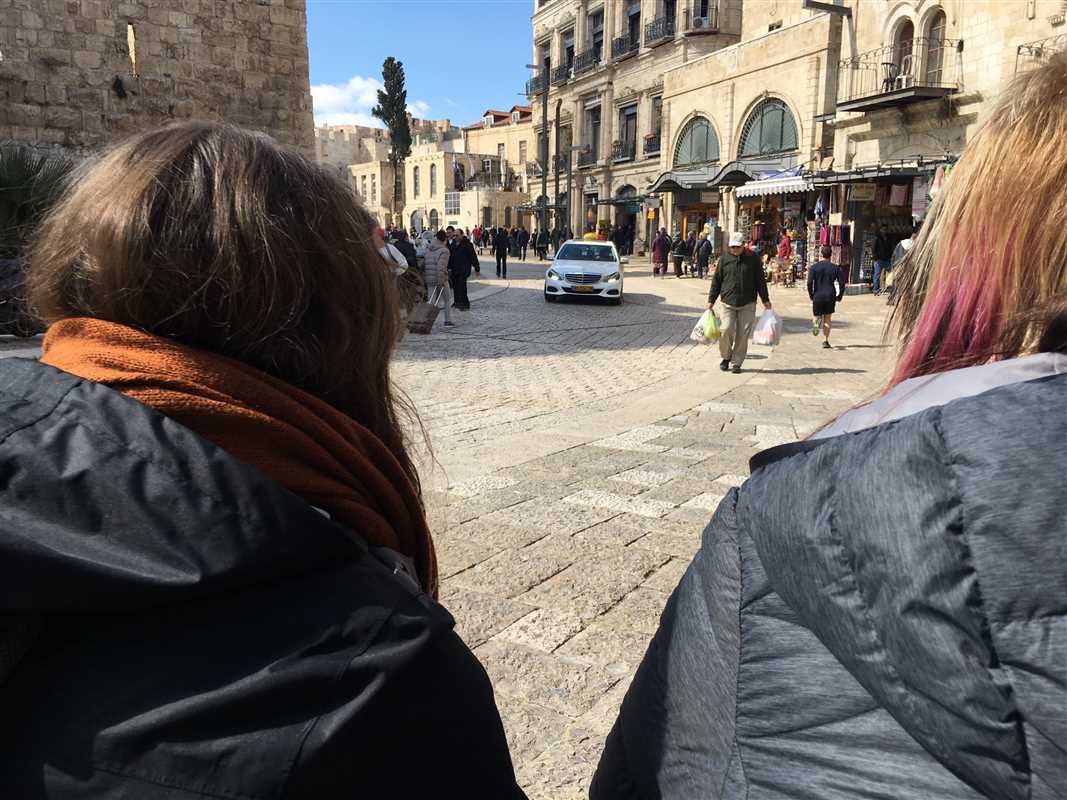 8. Joggers everywhere. Wherever we traveled there were walkers, talkers, drivers and joggers. The pace of life is far different from Canada. 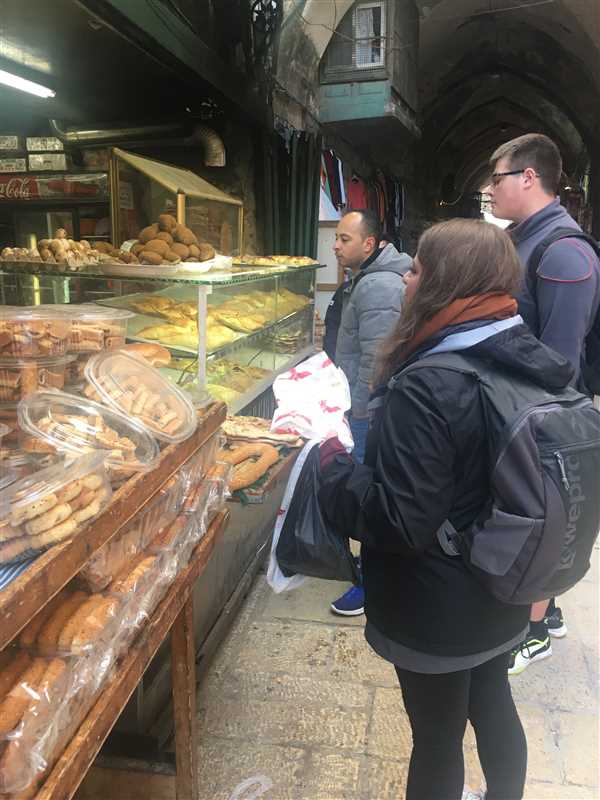 9. Bakers’ delights. Fresh pita, bread and sweets abounded in the Arab sector of Jerusalem. It was near impossible to come back weighing less than when we departed. So much baklava and so little time. 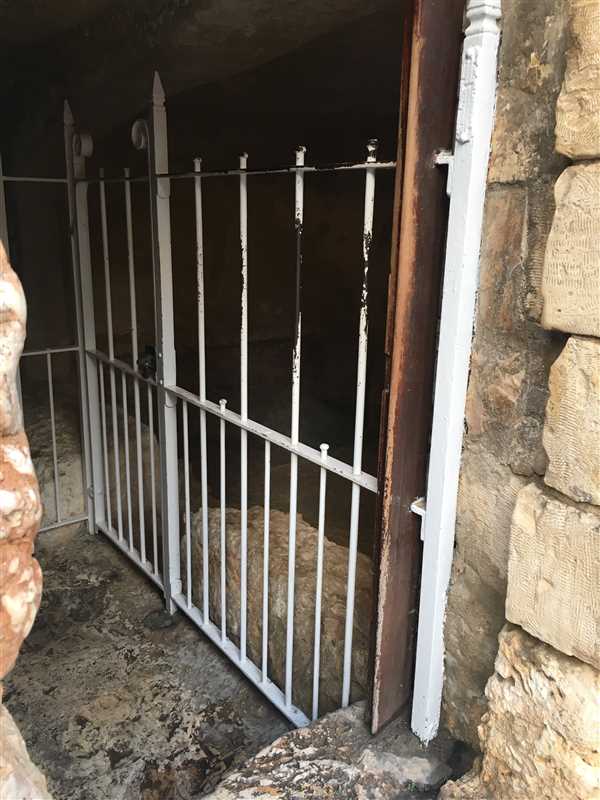 10. Peering into the Garden Tomb. Our guide from Dakota was wearing a Hamilton Ti-Cats cap given to him by a group of CFL’ers touring Israel a few days earlier. He explained to us about why the Garden Tomb made sense as the burial place of Jesus. I took this photo looking into the tomb where it is believed that Jesus was laid after his crucifixtion until Resurrection Sunday. 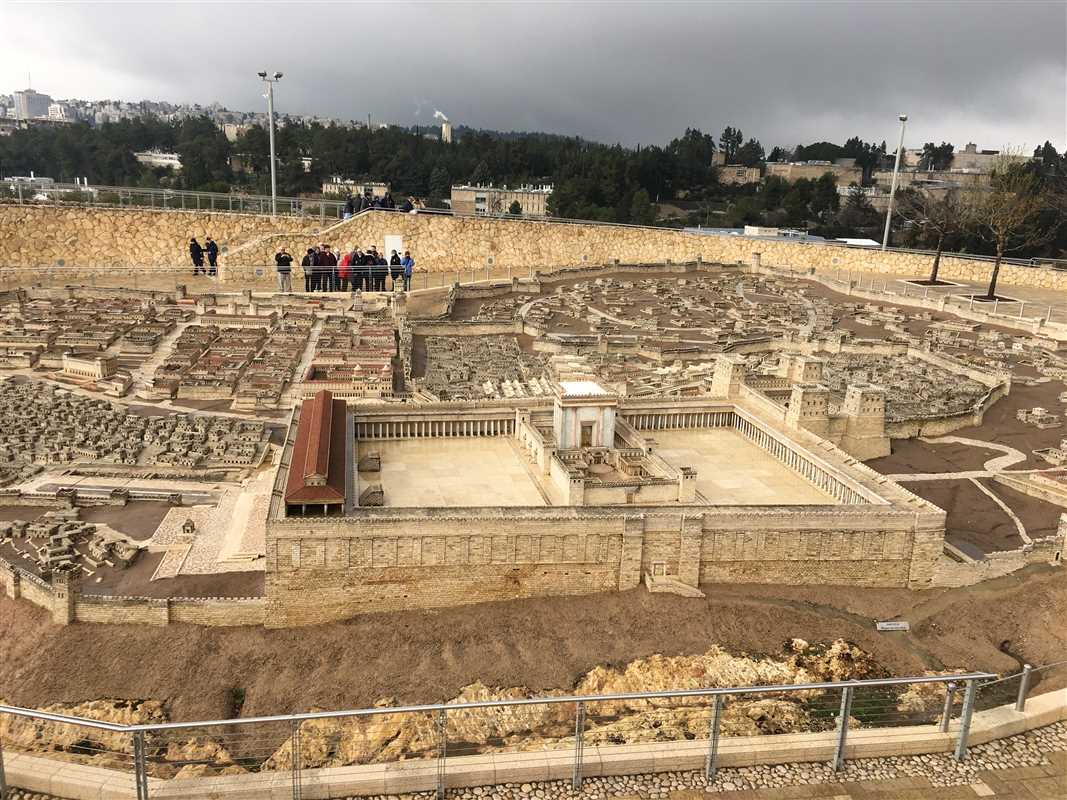 11. Scale model of the city of Jerusalem of Jesus’ day. In the foreground is the Herodian Temple that Jesus and his disciples worshiped in on Jewish holy days – the Day of Atonement being one such day. Jerusalem was considered one of the finest cities in the world when Jesus lived. 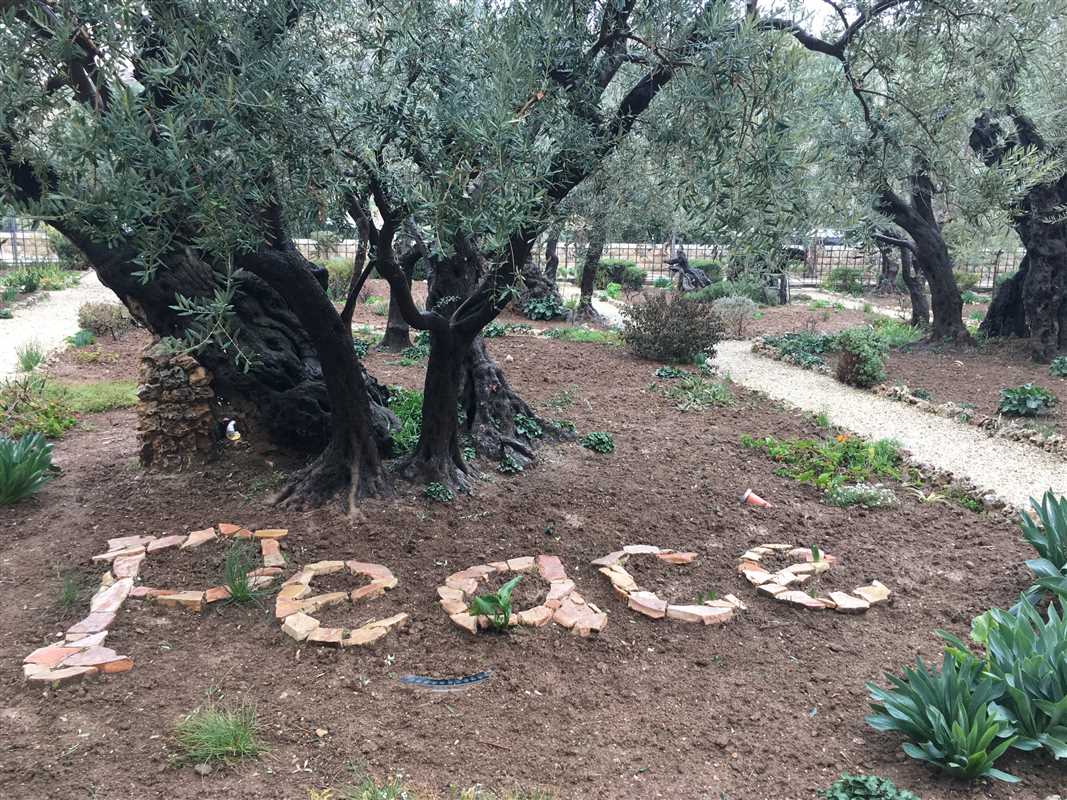 12. Olive trees in the Garden of Gethsemane. I thought of Isaiah’s words “…the chastisement of our peace was upon him and by his stripes we are healed.” In this place of suffering Jesus submitted his will to his Father. How can I do any less? 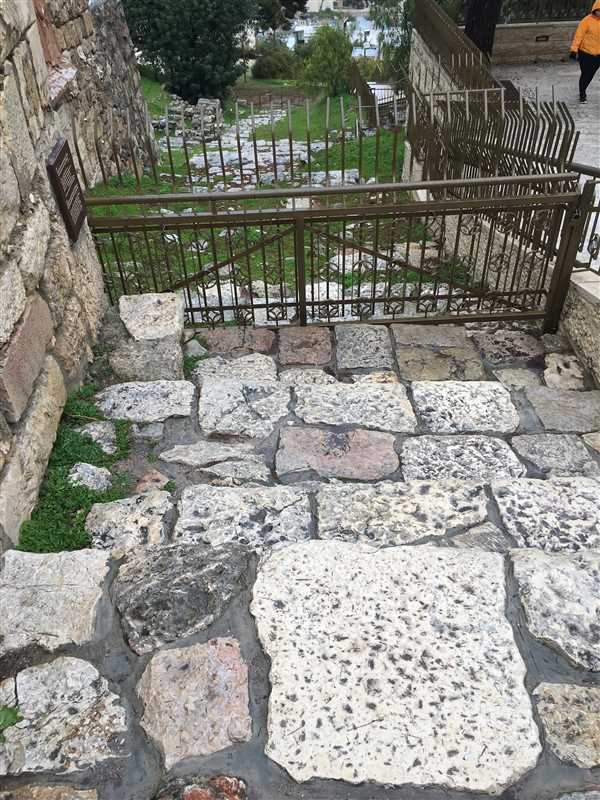 13. Cobblestones circa 30BC. Stones that Jesus would have descended on his way to trial. 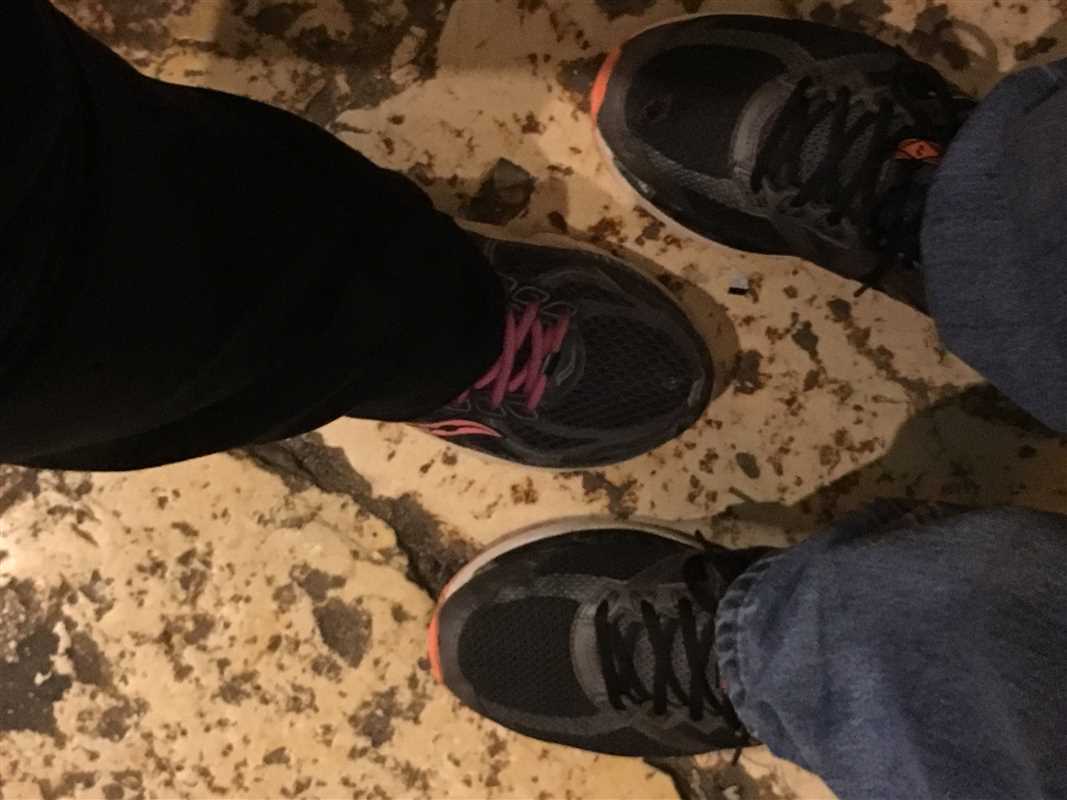 14. Where Jesus walked. One of the many places exceeding two thousand years in age where Jesus would have walked. A “touchstone” with the Lord. 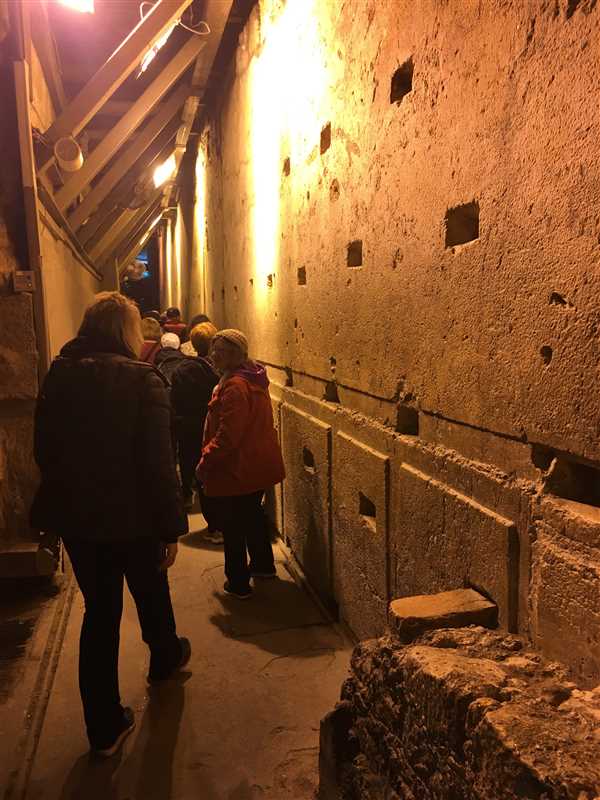 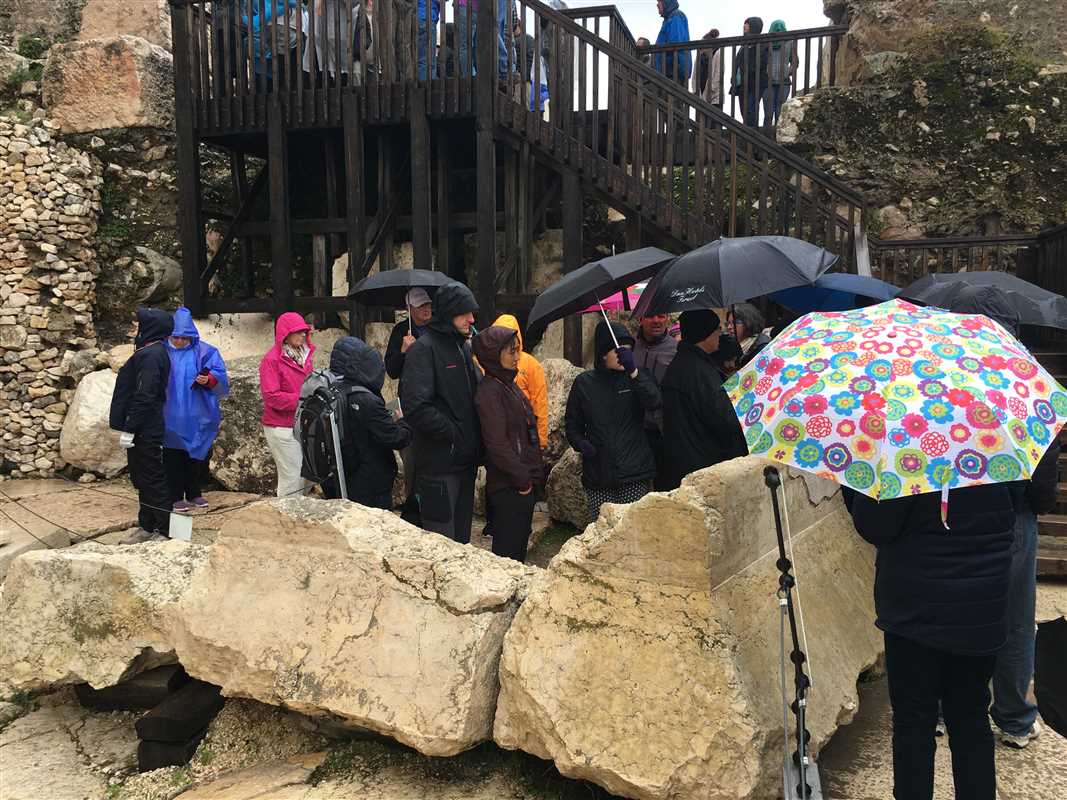 16. Cold Day – Warm Hearts. Nothing warms the heart on a rainy day like bring beside rock solid evidence for the historicity of Jesus. 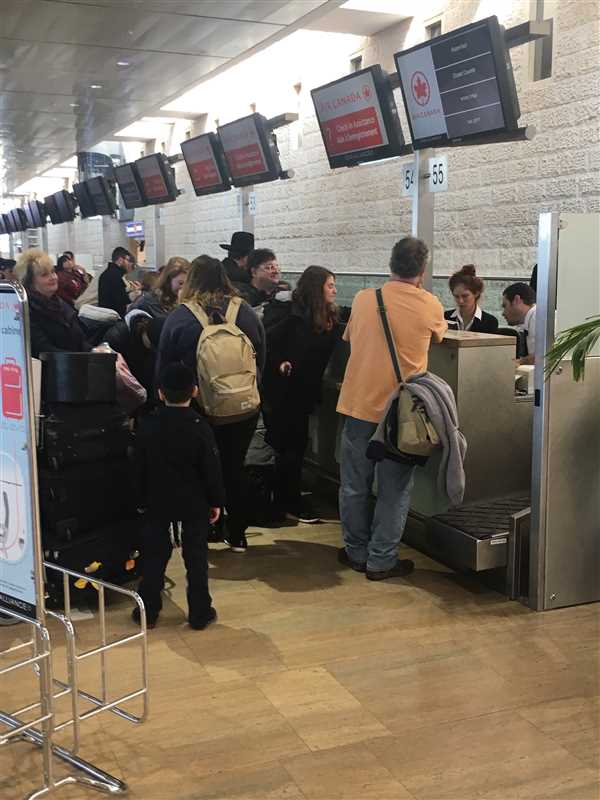 17. The longest wait for airline ticketing. The Kimo family plus Laura Basha and our guide Moshe waited for over an hour to simply have their tickets printed at the Tel Aviv airport.

APPLICATION: What was your favorite picture? Please leave a comment below.