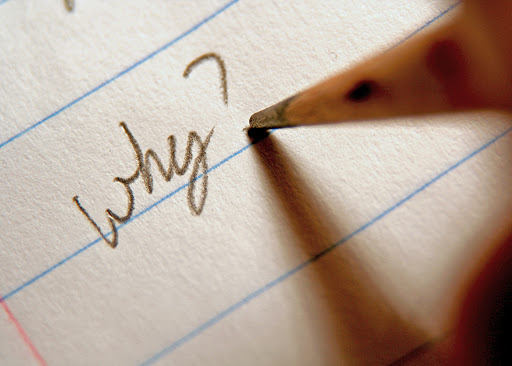 WHEN A MONSTER CAME HOME: SUFFERING

I was five years old when my mother, who had divorced my father when I was two, met a monster and moved him into our house.

He was a violent child molester who tortured me for the better part of a year, and the abuse was too graphic to describe here.

As a young child, I enjoyed Sunday school, and I learned to put all my trust in God. I prayed constantly for deliverance, for help, for relief, for anything other than what was happening to me.

He told me he would kill my mother if I told anybody what was happening, and he showed me a handgun to prove he could do it. My five-year-old self was convinced that he could do it because he was just so mean.

I kept praying for a long, long, time.

To a suffering child, it seemed like an eternity, but I knew God sometimes tested people’s faith. God also punished people, so I tried to remember if I had done something bad that I deserved to be punished for, but I couldn’t think of anything. Nobody had ever done anything bad enough to deserve what was happening to me.

Many times he promised me he wouldn’t hurt me anymore, and I thought, maybe, that God had finally answered my prayers. But the monster always did it again, and I finally decided that God wasn’t going to help. What kind of God wouldn’t help someone like me? (Chris)

Abuse destroyed her faith in God. Worse still – no one was able to restore her faith with their pat answers and trite sayings. Today she forbids her grandchildren from having any association with church or faith. I don’t blame Chris. Nor can I settle for religious answers to Chris that suggest God was trying to teach her a lesson or build resilience in her.

The human response to suffering is not to try to explain why it exists, but to fight against its manifestation in the world.

To explain suffering is to minimize it or justify its existence. The psalms of lament present compassion as resistance.

Christianity does not answer the question, “Why.” 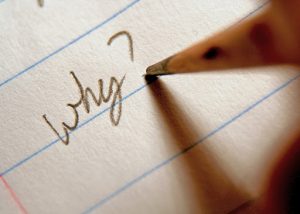 Instead, God provides – not the answer to an intellectual dilemma – but the resolution to a problem. Christians look to the cross.

“God so loved the world that he gave his only Son…”

There, in the midst of God’s own grief and sorrow, we see God with us and believe that he is able somehow to take up our burdens upon himself and deliver us from our despair. He is not distant from our pain. He understands our suffering because Jesus – God in human flesh – suffered.

Hope to face the monster

In 2014 the Warrens hosted the first Gathering On Mental Health and the Church.

Kay Warren said, “We do this in honour and memory of our son and others lost to mental illness, realizing there is hope for others dealing with this condition.”

In June I’ll join the resistance and leap out of a plane at 14,000 feet to raise funds that will help women face their daily battles against abuse, addiction, poverty and trauma.

APPLICATION: Are you battling your own monster of suffering? Haunted by no answers to the question, “Why?” Join the resistance. Fight against the manifestation of suffering. Please leave a comment below. Thank you.