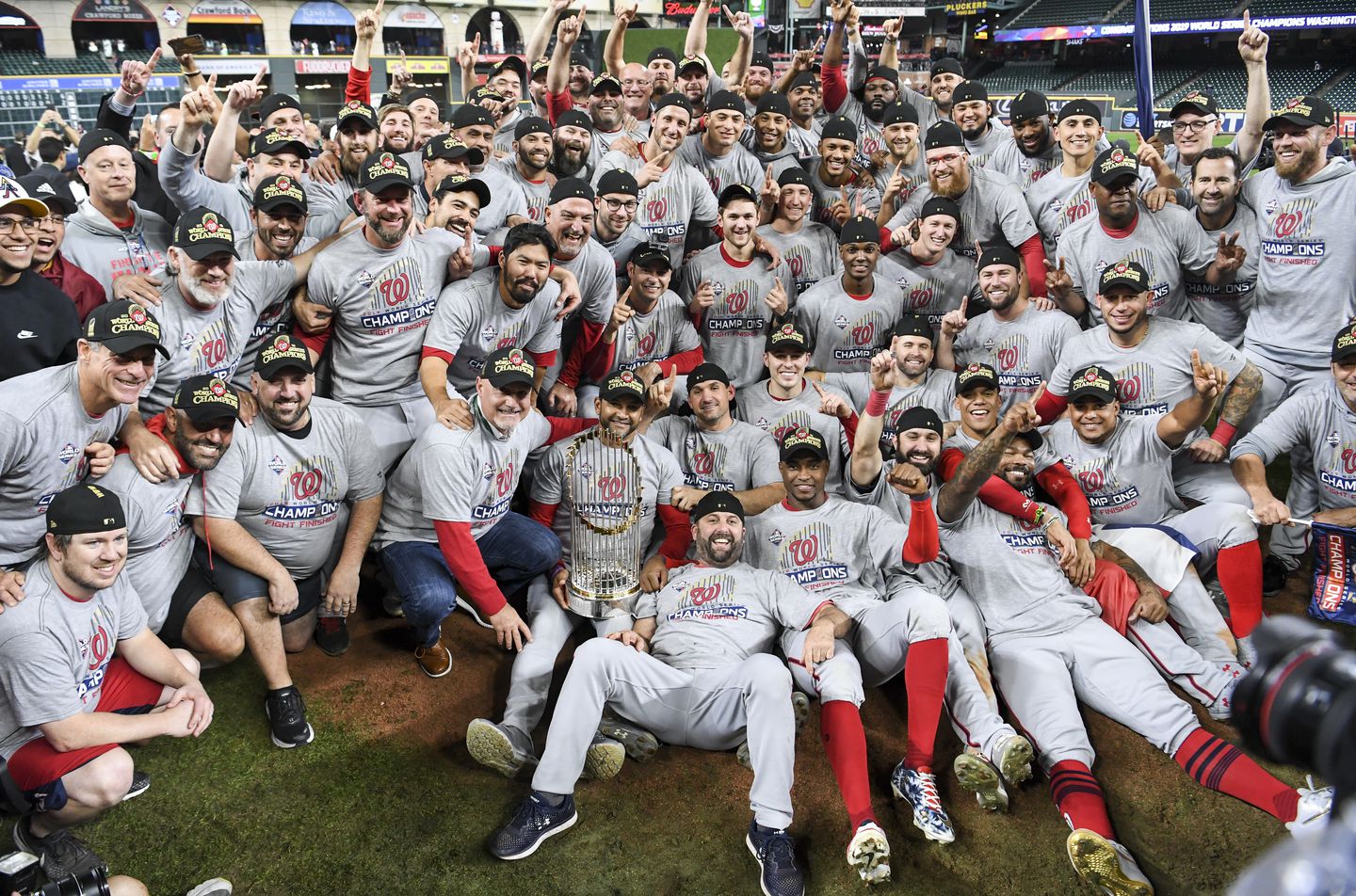 Washington Nationals manager Dave Martinez preached that mantra ever since the Nationals put themselves into a fateful 19-31 hole on May 23rd.

There was serious doubt about the manager’s future, calls for GM Mike Rizzo’s firing, and talk about how they should sell off all valuable assets for a full-scale rebuild. Any of this sound familiar?

But in the clubhouse, the players and coaches remained defiant despite the slim odds.

Their defiant play earned them a Wild Card game in a hostile ballpark. The Nats won.

The Nats faced the Los Angeles Dodgers, 2018 finalist in the World Series, in their Division Final. Nats won.

They went up against a veteran team in the St Louis Cardinals in the NLCS. The Nats swept the Cardinals.

Fast forward to the Fall Classic – the team’s first World Series since 1933. Canadians had some skin in the game since the Nationals were the former Montreal Expos.

The Nationals started Game 1 as visitors in a hostile Houston Astros ballpark.

None of the Nationals players had ever won a World Series. None. Nada.

Only one player had even gotten to a Game 7 of a World Series and ended up on the wrong side of the win.

We Are The Champions

They faced a Houston Astros club that won the 2017 World Series. Players earned World Series Championship rings. You know, those weighty, diamond-encrusted pieces of jewellery that would dislocate the finger of a lesser person.

The Astros were deep in winners and winning with 107 regular season games in 2019. They went into the Series as 4:1 favorites.

On October 30th the Nationals made history as the first Professional Sports team to ever win all four away games in a Championship series. They beat the winningest team in baseball for their first World Series championship. 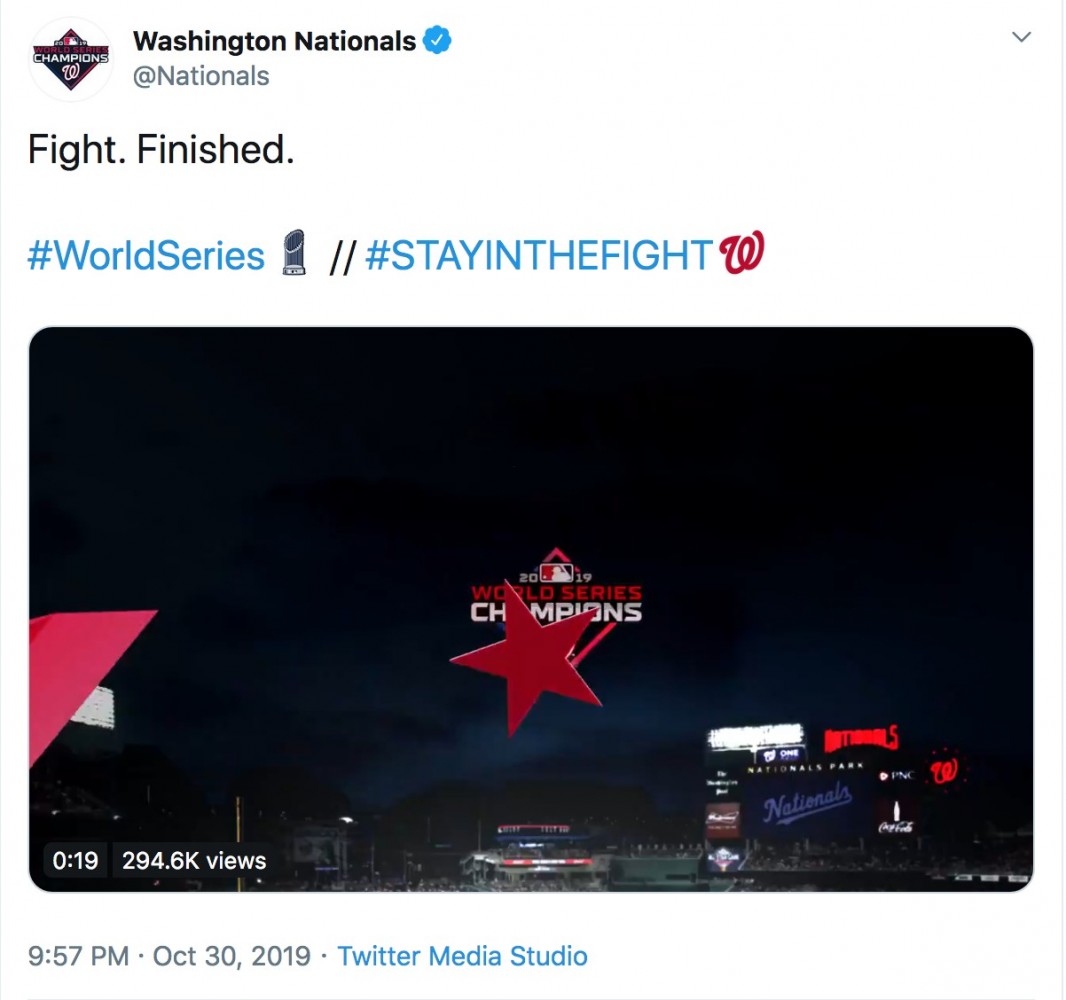 Every leader goes through times when it seems the end is near. No hope. The daggers are out. I’m going to embrace Dave Martinez’s approach to creating comeback opportunities.

2. “Focus on the here and now and do the little things. Focus on today and go home, rest and get ready to play and go 1-0 again.” Dave Martinez

3. “Today they were down, but they never thought they were out.” Dave Martinez

4. “Don’t try to get ahead of ourselves.” Kurt Suzuki

5. “We don’t pay too much attention to the odds.” Anthony Rendon

7. “We stuck together. When we had nothing left to lose, when people had written us off and we were facing elimination games where people thought we shouldn’t have even been there in the first place, we just kept on fighting.” Anthony Rendon

8. “I have to give my wife a ton of credit for believing in me. When I woke up the day of Game 5, she saw me. I couldn’t raise my elbow above my head. I felt I was letting the team down. She had to stay in the fight. Even when I was at my worst moment, she had the belief in it. She had this dream as much as anybody.” Max Scherzer, Game 7 Starter

9. “We all love each other. That’s the most important thing.” Stephen Strasburg, World Series MVP 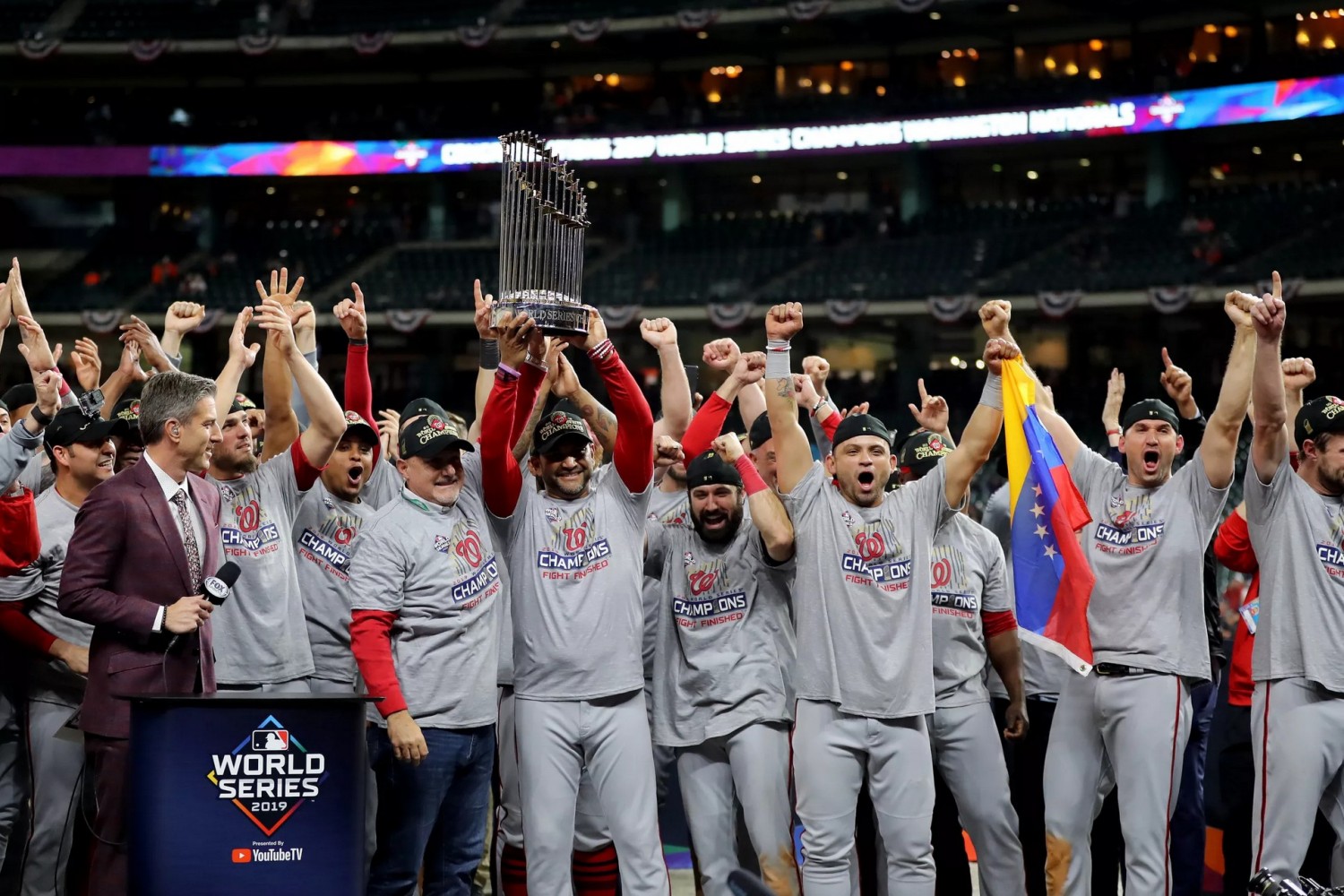 APPLICATION: There are rich lessons here for leaders, pastors and anyone in the fight for a better life and a better world.  Let me which ones resonate with you. Please leave your comment below. Thank you.