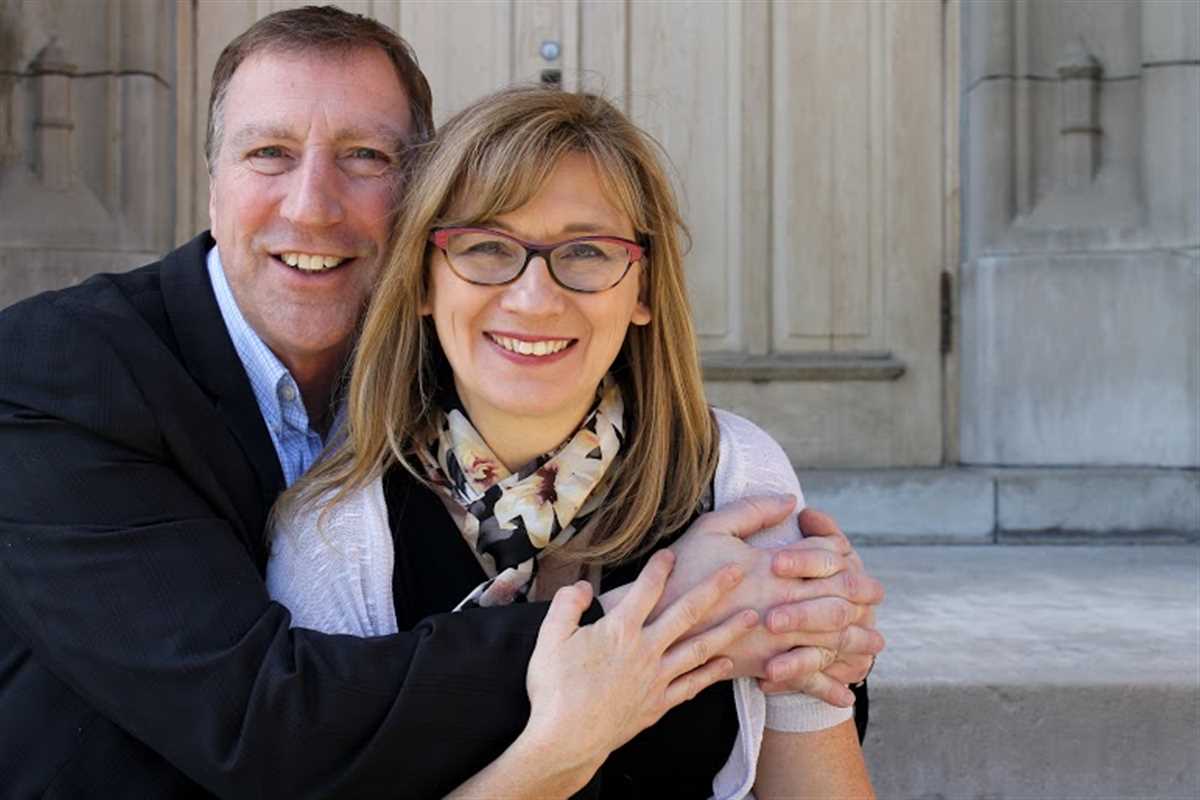 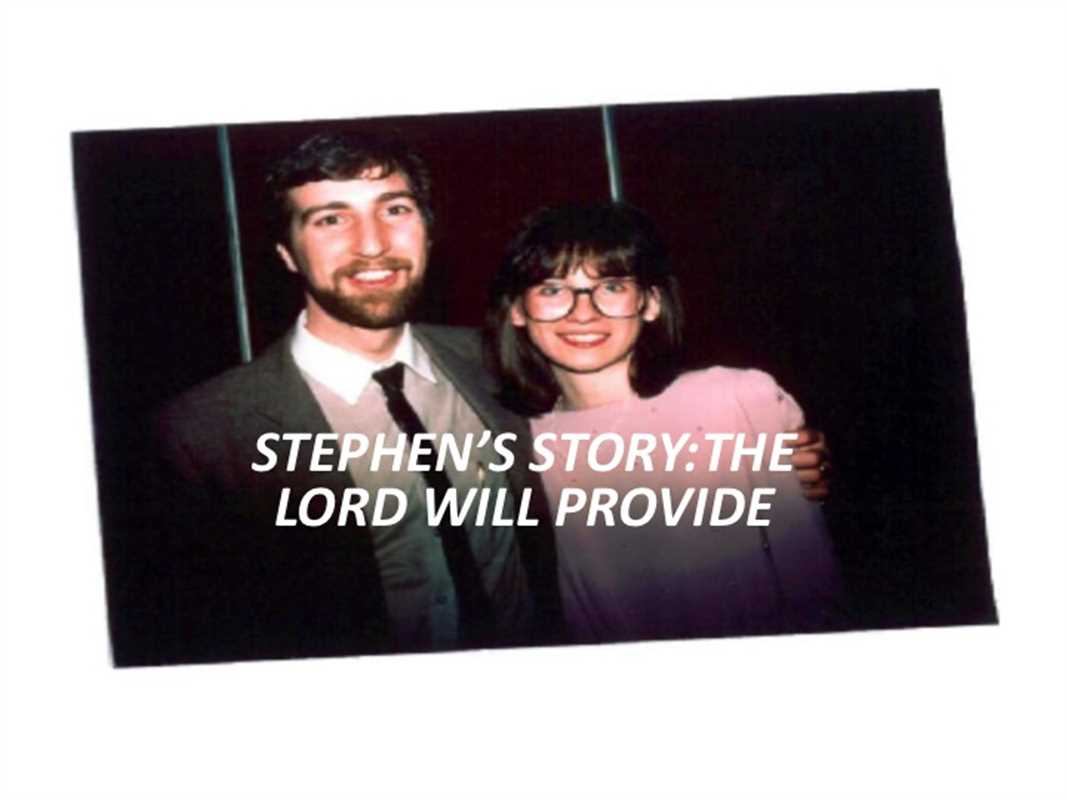 I was nervous….and I had reason to be.

I was about to tell my Jewish mother that I was seriously thinking of getting engaged and I didn’t know how she would take it. She liked Patti as a person well enough. We’d been dating for a year and that was no big deal. But Patti wasn’t Jewish and so marriage, I knew, would be another issue.

Rev. Stephen Hertzog is an elder at North Pointe and the former President of Vanguard College. He presently serves as Eurasia Regional Director with the Pentecostal Assemblies of Canada. Stephen oversaw the relocation of the College into a facility of its own, completed multiple millions of dollars of major renovations, established a scholarship program and the PAOC’s largest Missions support from a Bible College – all debt free over the past 14 years.

NOT A HAPPY CAMPER

After much prayer, I broke the news to my mom as gingerly as I knew how (I’ve never exactly been accused of being the king of tact!). Still, it did not go over well…kind of like an Israeli flag at a Hezbollah meeting. Mom was, to say the least, not a happy camper. Immediately she protested.

Though the real objection was Patti’s not-Jewishness, in her mind there were all sorts of other reasons it was a bad idea…most of them economic.

HOW WILL YOU LIVE?

“You’re both still students,” she reminded me. “You have one year of your Master’s left, & Patti has a year left on her diploma too. How will you live for that year?”

It was a valid question. “I’ve applied for scholarships. If I get them, we’ll be fine.” I thought it was a good answer, but apparently the “if” was the problem. “IF?!” she exclaimed. “What if you don’t get them?” Before I could answer, she was on to her next objection. “And even if you get them, what happens after the year is up? When you graduate, what then? You want to be a teacher, & there are no teaching jobs in Quebec!”

Teachers were being fired, not hired. How was I to answer this?

THE LORD WILL PROVIDE

Ever have one of those times when you say something that makes perfect sense in a Christian context but sounds like foolishness to those without the same faith assumptions? This was it.

Almost instinctively I opened my mouth & retorted: “If I can’t get a job in teaching, I’ll do something else. If I have to, I’ll wash dishes, I’ll park cars… Somehow the Lord will provide a job for me.”

When my mother heard that, it was the last straw. Here I was, a kid…all of 21 years old… her youngest son…her baby…telling her from my vast experience in the big bad world (I had never lived away from home a day in my life) that because God was on my side, everything would turn out OK.

I can’t really blame my mother for thinking I was, perhaps, a few fries short of a happy meal. She wasn’t trying to rain on my parade; she was just trying to protect me from future pain by giving me a large (& loud) dose of historical reality. She had lived through W.W. II, the death of her own mother at a young age, an abusive stepmother, a divorce, and raising three rambunctious boys by herself.

A lot of things in life hadn’t “turned out” for her. And I really did have little or no life experience on which to base my youthful optimism.

However, I did have something much better than experience…something she couldn’t understand. I had the Word of God. I had the promises of Jehovah-Jireh, my Provider. I had Psalm 37:25. “I was young, and now I am old, but I have never seen the righteous forsaken, or their seed begging for bread.”

At 21, I didn’t know much but I knew my God. It turned out that would be more than enough.

The next day I walked into my office at McGill University. There was an envelope in my mailbox from one of the organizations I had applied to for a big scholarship…about $9500 (a lot of money in 1982). But I knew it was a rejection letter because someone else in my department had already got one and they never give two to the same department in the same school in the same year.

Like I said, I didn’t know much. As I opened it, the letter read: “Dear Mr. Hertzog, we are pleased to inform you that ….”PLEASED!! They’re PLEASED!! I threw the letter up in the air and let out a should “I got it! I got it!”

I was so excited; I just had to tell someone. Who to call first? Perhaps had I been more romantic, it would’ve been Patti. But now I had something to prove. Patti would find out next.

I picked up the phone and dialed my home number. As soon as my mother answered, I blurted out the good news. I didn’t want to gloat but I had to let her know that the Lord had indeed provided…and not 24 hours after she had questioned His ability to do so. All she could say was “That’s wonderful, son.”

And she has never questioned His ability or willingness to provide for us again.

Patti and I did not starve that year. We actually lived quite well, thank you very much. And after graduation? My mother was right. I didn’t get a teaching job. I was offered TWO teaching jobs!! And that’s how it’s been all our lives.

We’ve received scholarships we should have never gotten…jobs we weren’t even qualified for (including becoming a pastor & later bible college President!).

I was 21 then, & I’m 53 now, but still I have never seen the righteous forsaken, or their seed begging for bread.

I’m actually glad my mother laid down the gauntlet before the Lord that day 22 years ago. It was like she was telling God: “I don’t believe you can take care of My son.” And though it’s not biblical, in my mind’s eye I can just see the Lord responding by rolling up His sleeve, stretching out His arm, parting the heavens & saying: “O yeah? Well he’s My son too lady! Watch this…”

We’ve been watching with amazement how He has provided for us ever since.

What He’s done for us, He’ll do for you too.