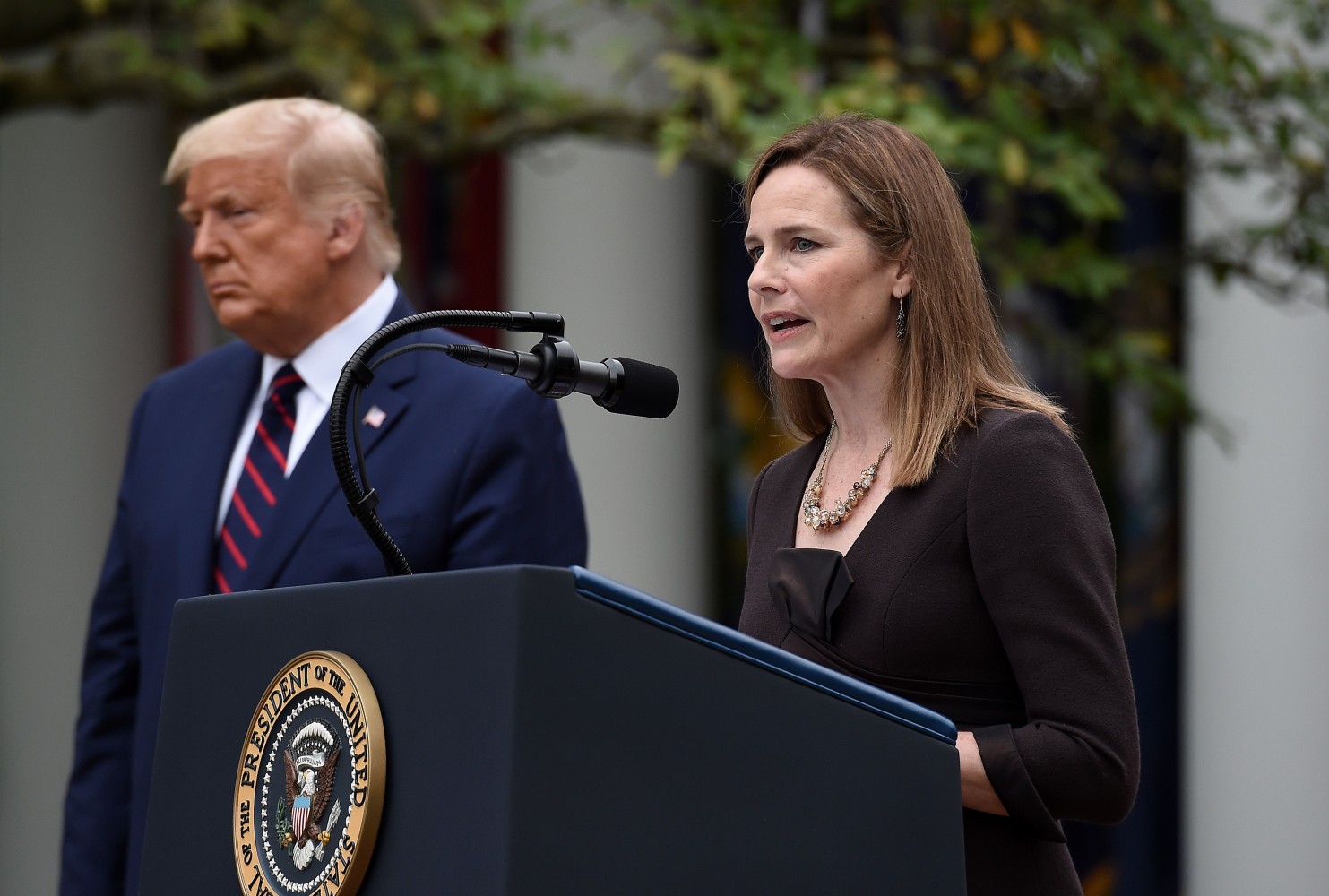 Speaking out on political issues is not my practice, and never on American politics. This may be the wrong time but Judge Amy Coney Barrett is the right subject.

In healthy cultures, people seek to learn what they don’t understand and celebrate differences. Conversely, toxic cultures promote misinformation and divide over differences. Judge Amy Coney Barrett is the latest public figure to fall victim to the prevailing toxicity.

Amy Coney Barrett is President Trump’s nominee to fill the Supreme Court vacancy left by the death of Judge Ruth Bader Gingsberg. Sure, the timing of the nomination is politically motivated. Yes, her conservative values are counter-cultural. However, Judge Barratt is the kind of person who would serve well in the justice system of any country.

Ok, ok. I know she is an American cousin. But not that far distant from Canadian culture.

Harvard Law School professor Noah Feldman, who clerked alongside Barrett at the Supreme Court in the late 1990s, strongly endorsed her,

“I disagree with much of her judicial philosophy and expect to disagree with many, maybe even most of her future votes and opinions. Yet despite this disagreement, I know her to be a brilliant and conscientious lawyer who will analyze and decide cases in good faith, applying the jurisprudential principles to which she is committed. Those are the basic criteria for being a good justice. Barrett meets and exceeds them.”

Listen to Judge Barrett for five minutes and you’ll understand her description of being conservative (4:44) has nothing to do with politics and everything to do with her interpretation and application of the US Constitution. She is likely to make both Dems and Republicans mad at her with her view of Roe vs Wade (38:50).

There is a persistent religious judgment of Judge Barrett. Sen. Dianne Feinstein said to Barrett in her court of appeals confirmation hearing, “The dogma lives loudly within you.” It’s not that she is Catholic, but that she is extremely Catholic. In the words of Bill Maher, “…really, really Catholic—like speaking in tongues.” Stephanier Mencimer, writing in Mother Jones, accuses Barrett of association with “faith healing, and evangelical Christianity.”

She is like me. I am an evangelical Christian who believes in healing and speaking in tongues.

Any evaluation of people can and should apply a simple test – “You will recognize them by their fruit.”

What are the fruits of Judge Barrett’s life? She’s a mom of seven kids, two adopted and one with special needs. She clerked for Justice Antonin Scalia, she was a respected law professor, and now she’s a judge on the Seventh Circuit Court of Appeals. She’s already written standout opinions during her time on the bench. She is a devoted Catholic.

We can do better.

Followers of Jesus, take this moment as a challenge not to complain about the way things are but to own the responsibility to represent the character and commission of the Saviour.  And in so doing, the justice, righteousness and shalom of Jesus would be the reputation of every church and Christian.

What do you think? If you are not in the habit of commenting, please join the conversation at the bottom of this page.