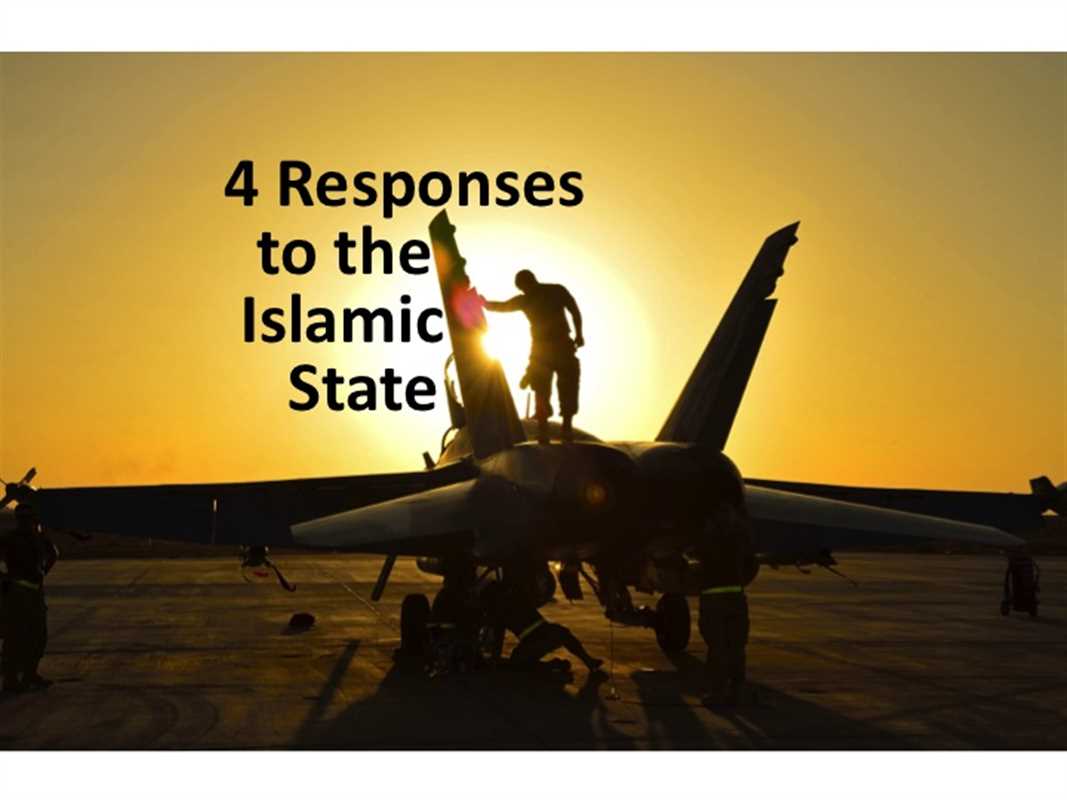 4 CHRISTIAN RESPONSES TO THE ISLAMIC STATE

The state of affairs in the 1st century Middle East mirror those of today. IS is the next in the line of organizational incarnations of the lust to power.

Rome was the 1st century organization who had their sights set on world domination.

They were terribly violent and accepted no compromise.

It is within that context that Jesus of Nazareth came and the New Testament was written.

Jesus modeled what it was to serve God in an oppressive and violent state.

4 Christian Responses to IS

Canadian CF-18’s have now flown 1000’s of sorties and engaged IS ground troops. They are good Canadian men and women responding with force against evil.

As a Christian leader, I fully support Canada’s participation in “Operation Impact”as one response to IS. I have written Prime Minister Trudeau to reverse his decision on withdrawing our air force attacks.

An Iraqi refugee pleaded, “What Canadians need to understand is that someone has to stop IS, even if it takes years, because they want to destroy everything.”

Jesus is the Prince of Peace but He was not a pacifist.

“Out of His mouth comes a sharp sword with which to strike down the nations. He will rule them with an iron scepter. He treads the winepress of the fury of the wrath of God Almighty.” Revelation 19:15

To let someone murder when it is in your power to stop them is completely contrary to Christian morality. With IS on the move and seeking to destroy entire ethnic groups, it would seem very clearly wrong not to oppose IS with force.

“Silence in the face of evil is itself evil: God will not hold us guiltless. Not to speak is to speak. Not to act is to act.” Dietrich Bonhoeffer

Soon after taking over Mosul, the Islamic State announced that it would destroy all Christian places of worship. Several churches were burned, including the Armenian church near the Al Salam hospital, and the Church of the Holy Spirit, after first being looted and desecrated.

One Muslim resident of Mosul wrote, “Not one house owned by a Christian in Mosul was not taken over and looted by IS members, and all their belongings stolen, down to the last broomstick. My friends and I vowed that once this is over, and our city is cleared of the dirt and nastiness, that we would rehabilitate a Christian house to show the world, or at least our Christian friends, that those who did this to them abide by no religion at all.”

Before IS over-ran Mosul, the city was home to one of the oldest Christian communities in the world.

Father Rian, Chaldean Catholic priest in Turkey said, “What we are living is the last chapter of an ancient story.”

Christians endured persecution century through century. They maintained their faithful witness while recognizing their severe limits. Through bitter experience, they learned to identify the irreducible core of their faith while setting aside additional practices. 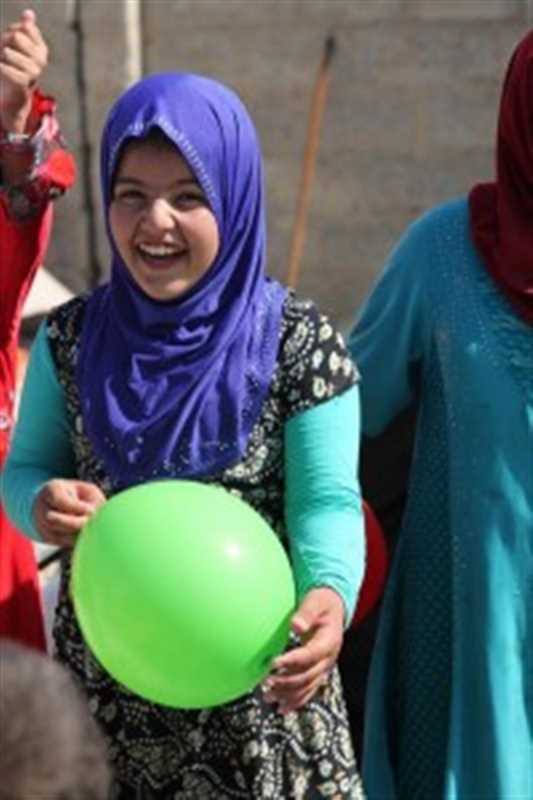 3. Responding with compassion and hope

A balloon won’t solve the crisis in Iraq, but it will bring a smile to the face of a child refugee fleeing the terror of IS.

“My view of it changed” said Eriksson referring to the country. “I’d been hearing on the news all this violence, all this fear people had been talking about it, and there is a lot of that going on for sure, but when I was actually in this town in Northern Iraq and working with the kids at the refugee camp, there was a lot of hope and a lot of joy.”

Bob Goff, started Restore International in 2003 to fight for freedom and human rights, work to improve educational opportunities, and try to be helpful to those in need of a voice and a friend..

They are active in Northern Iraq, defying danger to bring a message of hope and love.

Azalea Lehndorff is one of my heroes. She is a Canadian young adult from Central Alberta who is fighting back against the terror of the Taliban by building 100 classrooms for girls in Afghanistan. 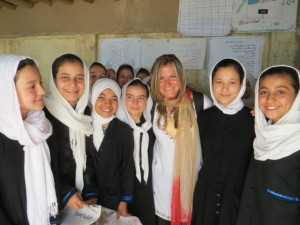 Azalea understands completely the magnitude of her task.

“When I was coming home from Afghanistan I felt like 100 classrooms would not even begin to meet the need. I prayed for a sign of hope for the future. Almost instantly I saw a rainbow over Kabul.”

When I was flying into Kabul I saw a child flying a kite. Under Taliban rule that was against the law. I know I need to keep going; to get the word out.”

Read her story and support her cause – go to “A Better World” for more info or how to donate.

Voice of the Martyrs is a well established ministry for many years with excellent resources and contacts throughout the Middle East and is entirely reputable.

Persecution is nothing new to the Church of Jesus Christ. She has endured persecution through the centuries and ironically, the Church actually thrived under persecution.

However, the intensity and widespread recent persecutions signal a possible new era in the life of the Church. The international Catholic charity, “Aid to the Church in Need,” termed the rising tide of anti-Christian persecution in several parts of the world “catastrophic”, pointing out that Christians remain the most persecuted religious minority.

Bill Griffin, one of my Bible College professors, presently serves as a member of the Commission on Religious Liberty. To be better informed about the level of worldwide persecution, read his article, “Religious Liberty Under Siege.”

The Pentecostal Assemblies of Canada, North Pointe’s affiliation, is raising funds to help refugees of Syria and Iraq. We have begun a concerted effort to raise awareness of persecuted believers through a campaign called #ForTheSilenced

You are not powerless in the face of evil.

Join with our Canadian service men and women and Bob, and Deborah and Azalea and a multitude of others to resist evil.

APPLICATION: Let me know what you think of the responses to IS. Please leave a comment below. Thank you.