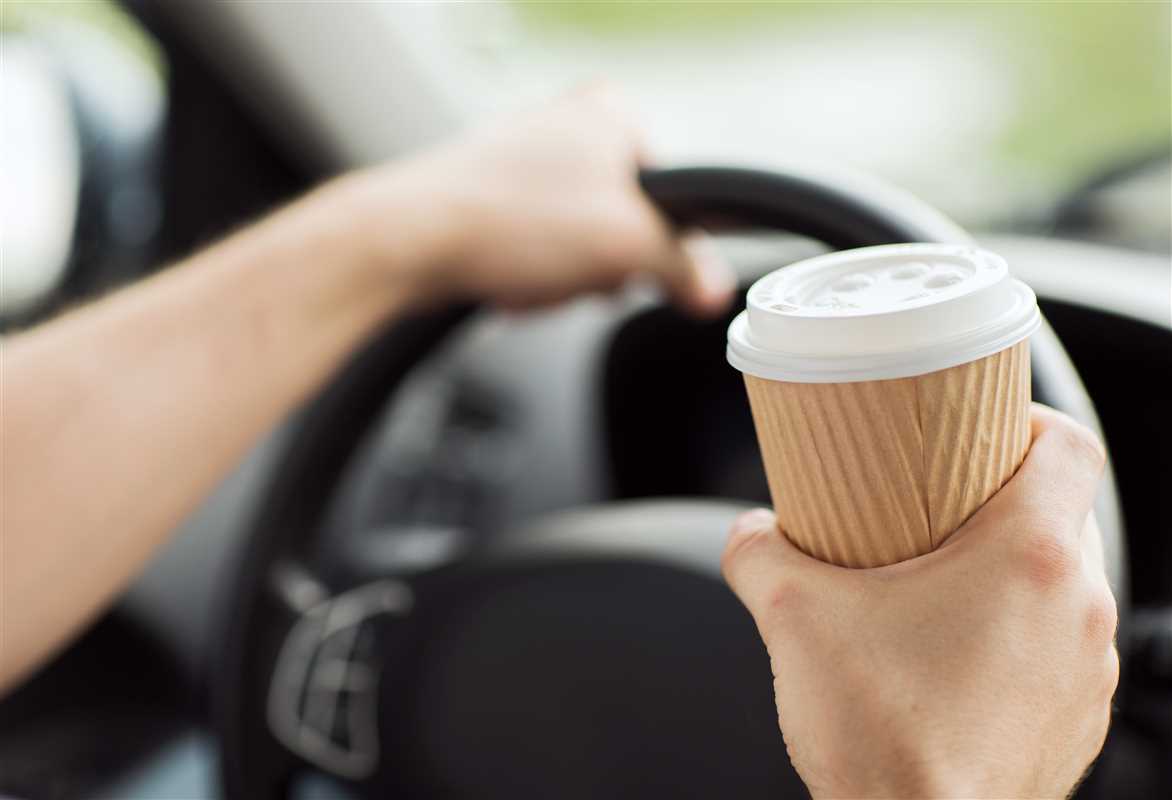 35 THINGS YOU NEVER KNEW ABOUT COFFEE

What’s your CQ? (Coffee Quotient) I start everyday with two cups of coffee. When I do forget, my oversight comes with regret and a headache.

Not A Coffee Snob

I’m certainly not what you would call a coffee aficionado. My morning coffee is – hold your comments – instant coffee mixed with hot chocolate for a “cafe mocha.”

The best coffee I’ve ever had was with friends in Morocco and an Edmonton family originally from Eretria.

Who knew that coffee is connected to,
currency,
fossil fuels,
elephant dung,
and
the music of Johann Sebastian Bach?

Coffee is healthy for you. Can I get an amen? (See below)

All of the world’s coffee came from 7 seeds that were smuggled out of Arabia by Baba Budan a 17th century pilgrim to India. Really.

35 Things You Never Knew About Coffee

1. Coffee has been around for eleven centuries.

3. In the 9th century an Ethiopian goat-herder discovered coffee beans by accident.

4. The coffee bean is actually a seed inside a bright red berry.

5. All the world’s coffee came from 7 seeds smuggled out of out India by Baba Buden, a 17th century pilgrim to India.

7. In antiquity, an Arab woman could divorce her husband if he did not provide enough coffee.

9. In 1674 “The Women’s Petition Against Coffee” said it was turning men into “useless corpses” and proposed a ban for those under 60.

10. Coffee trees grow to 30 feet tall but are cultivated to grow to 10 feet for easy picking.

11. The largest consumers of coffee per capita are Finland, Norway, Sweden, and Denmark.

12. Finland drinks the most coffee per capita in the world.

13. Coffee Charrieriana, found in Cameroon, is the only known naturally decaffeinated coffee.

14. Decaffeinated coffee sales are at their highest in January of each year partially due to New Year’s resolutions.

15. Johan Sebastian Bach wrote a comic opera about a women who was addicted to coffee.

18. Coffee grounds are useful as a moisturizer and a fertilizer.

20. Japanese love their hot springs which is why they also have a Coffee Onsen Spa.

21. Scientists researching other use of coffee beans have revealed that coffee beans may replace fossil fuel and work in motor engines in the future. 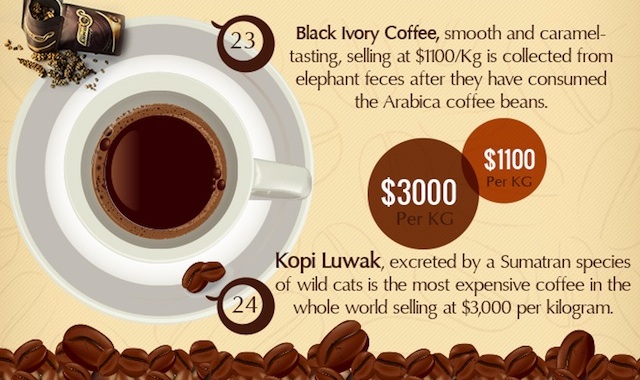 25. New Yorkers drink almost 7 times more coffee than other cities in the U.S.

26. Coffee is the 2nd most traded commodity on earth after oil.

28. The coffee industry employs 25 million people around the world.

29. 70% of the world consumes Arabica (mild and aromatic) and the remaining 30% drinks Robust ( bitter tasting).

30. People who drink 6 or more cups daily were 60% less likely to die from prostate cancer.

31. Africa, Brazil and Columbia produce more than 40% of the coffee in the world.

32. $4 billion worth of coffee is imported by the United States per year but $18 billion is spent on specialty coffee in the U.S.

33. Americans spend $40 billion on coffee each year, the world consumes 1.6 billion cups of coffee per day.

34. 1/3 of the tap water in North America is used to brew daily cups of coffee.

35. 9 ounces is the average size of a coffee cup and an average coffee drinker drinks 3.1 cups of coffee a day.

Take a carrot, an egg and coffee.  Add hot water. What happens?

The carrot went in strong, hard, and unrelenting.  However, subjected to the boiling water, it softened and became weak.

The egg had been fragile.  Its thin outer shell had protected its liquid interior, but after sitting through the boiling water, its inside became hardened.

The ground coffee beans were unique.  After they were in the boiling water, they changed the water.

When adversity knocks on your door, how do you respond?  Are you like a carrot, an egg or coffee?

Coffee lover? Please leave an amen in the comments. What is your fave brew? Thank you.