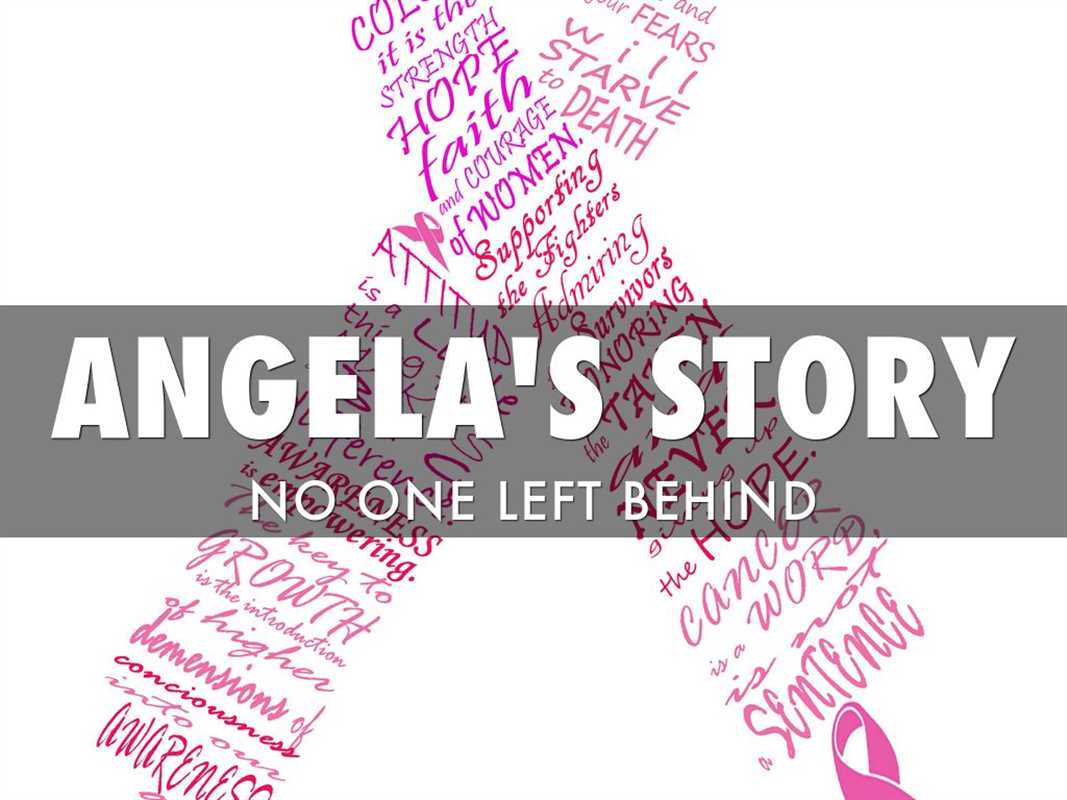 ANGELA’S STORY: NO ONE LEFT BEHIND 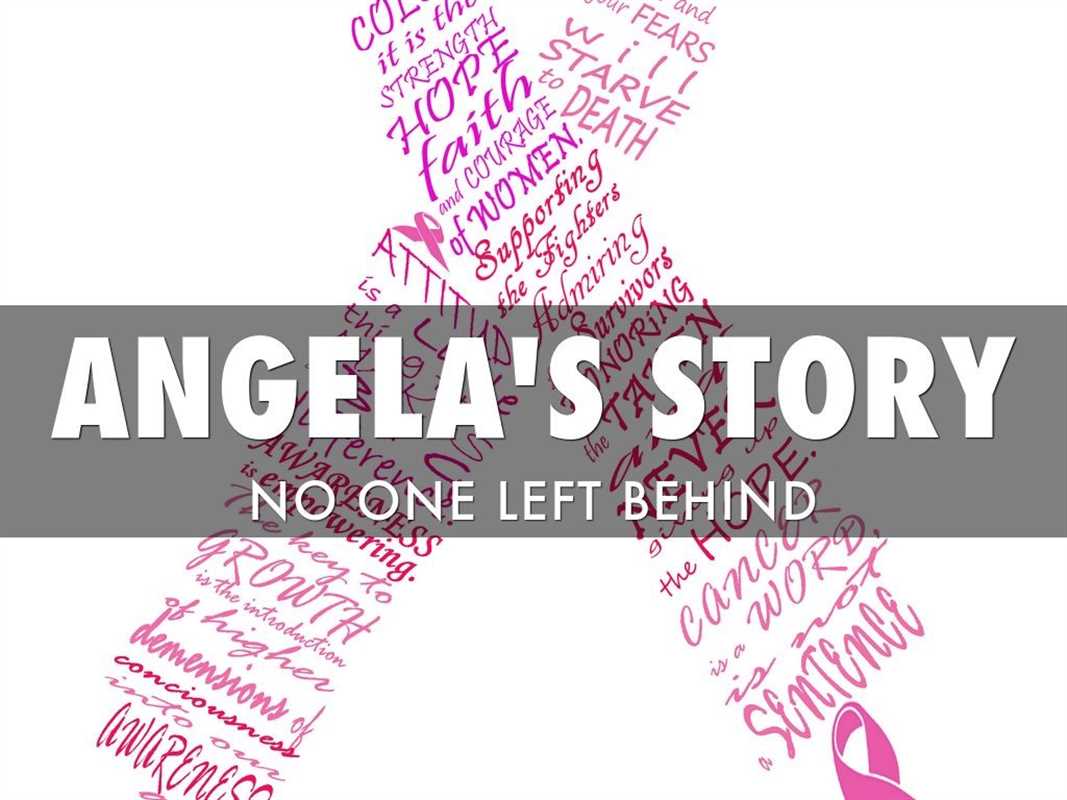 I’m writing this to you because I have to, because my “inside” voice says I need to.

I follow the blog you write and I’m inspired and I can relate to many of the stories I have seen written.  We have been attending North Pointe for some time and over the years it has become home to us.

Several Bumps Along The Way

In the time that we have been attending our lives have had several “bumps” along the way, one of those bumps has been my cancer diagnosis.  When you hear the word cancer you begin to think about your life, the good, the bad, what have I accomplished, what do I still need to do.

I read a devotion that states God has a plan for the life of every Christian – every circumstance, every turn of destiny, all things work together for my good and for His glory.  That being said, my journey should also be for my good and His glory.

I had loving parents who guided and taught me the Christian faith. With my father’s diagnosis of Dementia, life took a sudden turn onto a road that was less then friendly, less then kind. His dementia was aggressive, hostile.

The next couple of years broke a family, caused emotions to explode and face stress with the medical system. Pray? Absolutely. My Dad passed away in 2009. He did love the Lord. For Dad his death was a blessing, not the end.

On the heels of my Dad’s passing, my Mom was diagnosed with inoperable kidney cancer.  It just never ended, we didn’t get a break, we moved from one into the other. As the days went on it became evident that though Mom fought hard, she was loosing this battle.  Her head high she used the time she had to witness to all that came to visit her.  Confidence in her faith and that heaven’s doors awaited her arrival, I saw a glint of light that I had ignored; I knew it but didn’t walk it.  Until August 2, 2013.

I had been going for some tests as something wasn’t right, I chalked it up to the stress of the past years, the drain Mom’s care had taken on me.  I sat in a Doctors office expecting an infection, maybe antibiotics however with a sympathetic voice I was told cancer, slim hope, oncologist, appointments.  Through tears I replied, not me, I have kids, I’m needed.  I believe in Jesus… I believe in miracles.  Did I? 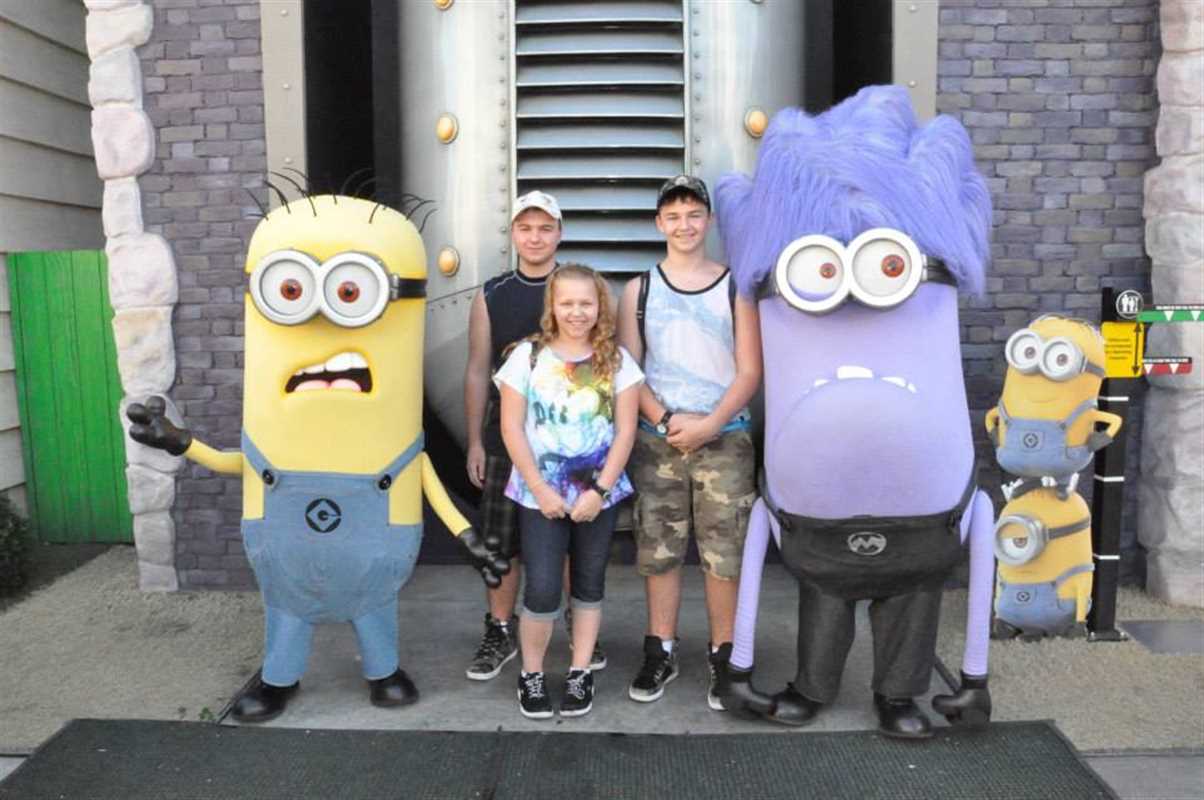 How do you tell your spouse this?  Tom was working, it never dawned on me to take him, it was just a regular appointment, how do I tell my kids?  What now?  Sadly, I thought, my mom who is old and been sick for a while is going to outlive me.  A horrible weekend to say the least and going to church Sunday was not something I wanted to do.  Why had God done this to me?  What did I do wrong?

There was no way you could have known ahead of time what was coming your way that Sunday we came into church, and yet God inspired you with a message on Proverbs 3:4-6, a verse that has quickly become my life verse.  That morning all the biblical knowledge that I had, all the moments in my life that were worldly explainable fell away.  That morning my faith became alive.  That morning, through you, Jesus spoke.  He told me to trust, he told me to have faith, to submit to him.

I was diagnosed with Non Hodgkin’s Follicular Lymphoma – stage 3.  I was told that it’s not curable, that treatment only helps the symptoms not the disease.  On average mortality is between 5 – 10 years. Man says I have an internal bomb, Jesus says trust. 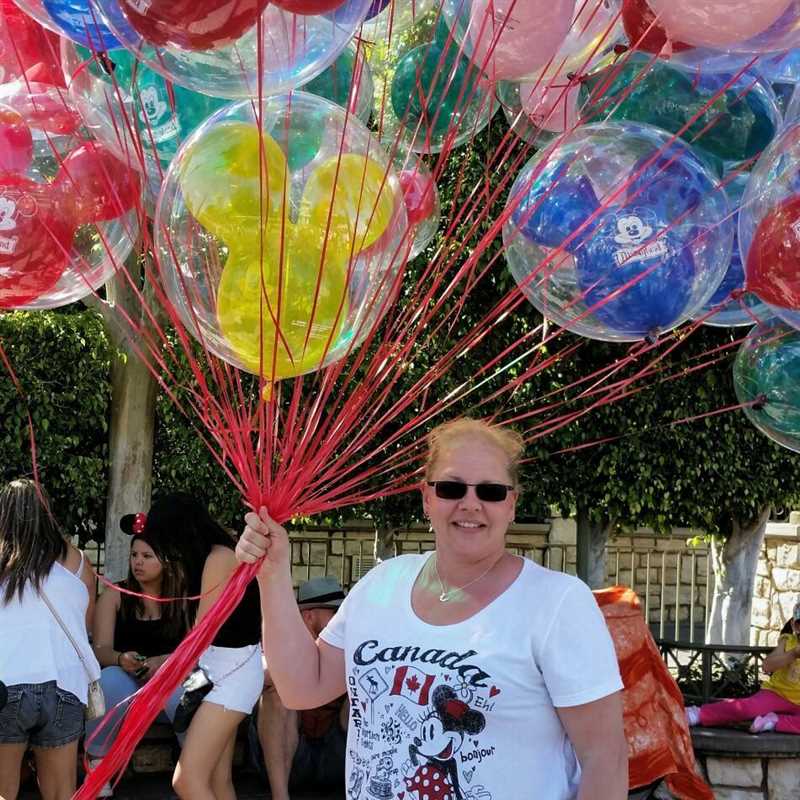 God led us to a beautiful senior couple at North Pointe. She too has cancer, a friendship formed, a bond was created.  A mature Christian, whose walk is based on faith and faith alone mentored me, finding scripture, showing me that there is healing to be found in Christ.  That God did not “give” me cancer, but that He will use it for His glory, that this disease can be used as a tool, that Jesus wants my attention.

A new bond formed with my mom as well.  Now our weekly visits became more of an intense bible discussion.  I saw trust in her and I learned that I too could trust.  Most of all, I saw a peace in her eyes and in her voice.  A peace in knowing that as you had mentioned in a sermon one Sunday, “Heaven is not the consolation prize, it is the reward.”

Mom’s cancer got real aggressive and her body weakened, but her soul strengthened.  So much so that watching the transformation from this life in preparation for the next was sad but inspirational.  I saw first hand the peace that surpasses understanding, the gentle guiding of Jesus, preparing His child to come home.   I have learned a lifetime of lessons taught by a woman who grew weaker physically but stronger in faith by the day.  God called Mom home in March 2014.

Through these special people, I know Jesus walks with me. For the first time in my life I’m walking with Jesus too.  More often then not He carries me, but the relationship I have with my Saviour is no longer a one sided one.   My cancer will not beat me; I have declined treatment, it won’t cure and I’m not in a place that chemo and radiation has a place for me yet.  I’m now walking in faith that God has this all under control.  That He will work this for my good and His glory.  The road has been rough to get to this place, but God has my story written and ONLY He will control the outcome.

The Importance of Prayer

Through all this I’m reminded how very important prayer is, to bring our burdens to the Lord and leave them at the cross but also to remember those around us, that have shared their hearts, to submit all these requests to the only One who can make it all work out.  It is because other’s prayed for me, even when I didn’t know I needed prayer that I am in this place today, because someone else didn’t forget to pray for me.

God IS here and He is using everything that He has (people, places, events) to make sure each person has had ALL the opportunities possible to ensure we all make it home. 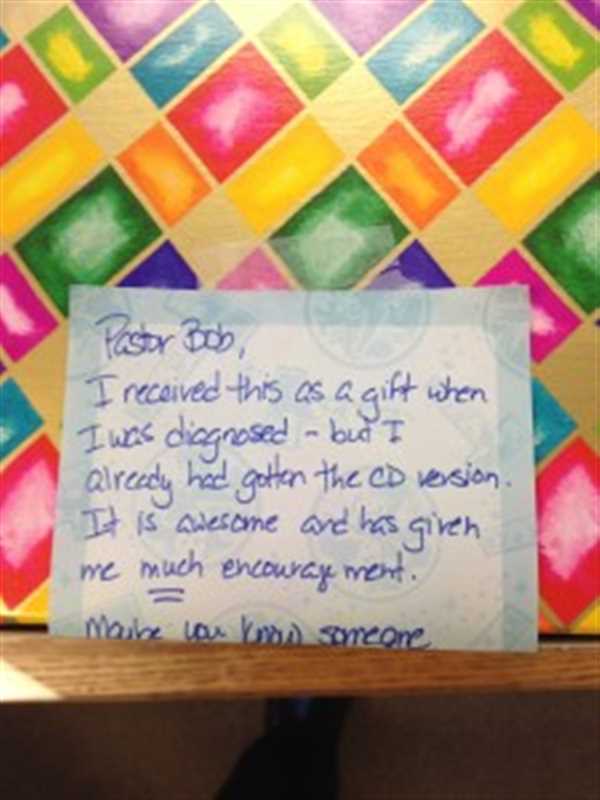 When she was diagnosed with cancer, Angela was given a recording of Bible verses about healing. She gift wrapped the recording and gave it to me to pass on to another person in need. I opened her gift recently at my office at 8:30am. At 10:00am that day I was meeting with a man who had been diagnosed with a degenerative disease. Angela’s gift was put to good use immediately, being passed on to him.

“We’ve made a milestone, Yesterday marks 2 years since I was diagnosed. To date I am still doing well, aside from some of the minor symptoms I’ve had from the beginning, we continue moving onward and forward. To quote a saying from an amazing movie… “God is good….all the time, All the time…. God is good”.

APPLICATION: Please say a prayer and leave a comment for Angela. Thank you.